The Nucleus of Inspiration, a Guest Blog by Camille Minichino

This is the first guest blog I've posted, but there will be some more. I'm on two panels at the Malice Domestic conference and will be posting guest blogs by many of the other panelists so readers can see what interesting writers are on these panels. This one is by Camille Minichino, a retired physicist who has multiple mystery series going right now. 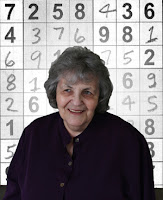 Camille has 3 releases this spring: A re-issue of "The Hydrogen Murder" as an e-book; the second in the Professor Sophie Knowles Mysteries, "The Probability of Murder" (by Ada Madison, March 6); and the sixth in the Miniature Mysteries, "Mix-Up in Miniature" (by Margaret Grace, April 2).
Camille says, soon, every aspect of her life will be a mystery series.
The Nucleus of Inspiration

Many of my writer friends have been writers,or wanted to write, all their lives. My hostess today confesses to having always had a "narrative impulse" (I love that phrase).

Not true for me, though.

I spent all my time with math and physics, writing only technical papers, with stunning sentences, like, "It was determined that the 6328 line of neon would stimulate transitions in a crystal."

Then came March 28, 1979. The accident at Three Mile Island, the nuclear power plant in Pennsylvania, might have been the single most influential factor that led to my becoming a writer.

Anyone working in the commercial nuclear field at that time remembers where they were when they heard the news. It was pre-Internet, and I didn't hear about the incident until I showed up at work the next morning, March 29, thirty-three years ago today.

The facts of the accident are well documented, and the good news, we've been told, is that no negative health effects resulted.

For me, it meant immersing myself for the next few years in various aspects of power plants, from control rooms (where the TMI failure originated) to the hazardous waste generated by the plants. I visited plants, and wrote guidelines and proposals for nuclear safety and safeguards.My boss, a respected expert in the industry, and a Renaissance man, was frustrated by the proliferation of material and the lack of order to the avalanche of government and private reports on high-level waste.

"This information should all be in one place," he said. "Let's write a book."

"Sure," I said, though I had no idea what that involved.

We hired a woman with a new-fangled machine that looked like a typewriter but had narrow tape attached that somehow allowed her to correct mistakes without painting the page white. High-tech!

My boss and I sorted through boxes and boxes of raw material and finally produced a useful reference tome. The big thing: my name was on the spine, right under his.

So that's what all the fuss was about. Having your name on the spine of a book! It worked for me.

I took classes, experimented with fiction, and switched my attention to guidelines for pacing a scene, for developing character, for creating suspense.

I'm delighted to say that writing fiction is just as much fun as suiting up for a tour of duty at a nuclear plant. As for seeing my name on a book spine, it's still a thrill, after 16 published mysteries. 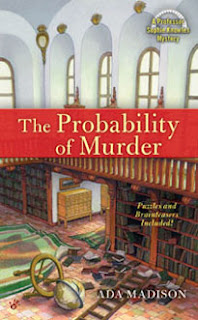 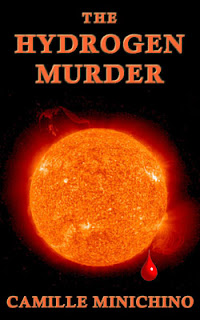 I love bringing all my different projects and "careers" together, so you'll find an inside look into the nuclear industry in "The Boric Acid Murder," and insight into the worldview of physicists- and mathematicians-turned-sleuth in The Periodic Table Mysteries and The Professor Sophie Knowles Mysteries.
And you'll know what I do to relax when you read the Miniature Mysteries, which are all about dollhouses—about as far as you can get from a 1-Megawatt reactor, though I haven't ruled out building one in miniature. 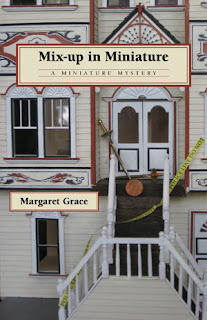 Posted by Linda Rodriguez at 9:31 AM