Books of Interest by Writers of Color—Fred Arroyo 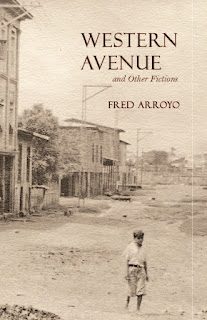 This review is later than planned due to illness and computer problems, but this is a book and an author well worth waiting for.
Fred Arroyo, Western Avenue and Other Fictions Camino del Sol: A Latina and Latino Literary Series (University of Arizona Press) 120 pp. ISBN: 978-0-8165-0233-2

Fred Arroyo’s impeccably crafted collection of short fiction, Western Avenue and Other Fictions, brings to life a set of characters locked into the dead-end squirrel cage of immigrant workers. Some of these characters will be familiar to readers of Arroyo’s brilliant debut novel, The Region of Lost Names, also published by the University of Arizona Press. This is not one of the trendy novels-in-stories, which so frequently dot the current literary landscape, but the collection does form a narrative, circling back through time and the perspectives of different characters within the narrative.

Each story is introduced by a short flash fiction/prose poem focused on the landscapes and people of the larger narrative, though not necessarily of the stories touching it on either side. The line is thin between the forms of flash fiction and prose poetry, and these bridge pieces tend to fall to the prose-poetry side with their lyrical evocations of just one moment in time. Set-pieces redolent of other times and worlds, they connect the stories into a powerful chain of narrative.

Arroyo offers the reader a loving view of even the less savory or likable characters, showing how the world of grinding poverty, racism, and classism in which they live has twisted them into the people they have become, destructive to themselves and others. There are no easy villains here, even in the stories where women and children are deserted or abused.

Perhaps the most haunting story in the collection is the one which contains none of the recurring characters, “Someday You’ll See.” It is bound to the rest of the collection through the concerns of love and family amid a world where fathers are destroyed and driven away while a whole population struggles with survival amid poverty and the capricious dangers of a system that may swoop down and rip families apart with impunity or send thugs to beat a son to death for daring to live in the white part of town.

In “A Case of Consolation,” one of the characters, who is a destructive force in other stories, is shown being “slowly transformed into a man without likes or dislikes, without a strong sense of desire or remorse, a shell alone on an empty beach without the inner, passionate song of the sea found in that place where shell, ear, and sea meet in the radiance of music.” Boogaloo, who has left a string of damage behind him before becoming sober, loses a new chance of intimacy, relationship, and love, perhaps through an immigrations sweep but almost certainly through his own fear of himself. 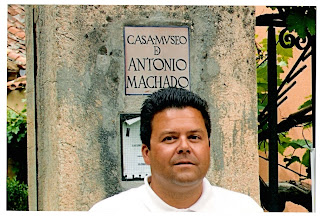 “First Love,” “In the Fields of Memory,” and “Western Avenue” take the boy, Ernesto, from childhood, trying in loving innocence to understand and care for a broken father who beats and adores Ernesto’s mother, to a fifteen-year-old, struggling to keep that father sane and alive as they descend into migrant-worker hell after his mother leaves, to a young man seriously injured in a tragedy at a factory where he works, who takes his convalescence time to get a GED and go to college while watching his friend sink unsalvaged into the desperate, dehumanizing life Ernesto is determined to escape.

These stories are about people who do unthinkable damage to each other and make inconceivable sacrifices for each other. Arroyo’s gifted command of language, adept characterizations, and lush, poetic realization of place through a sharp eye for the telling detail make Western Avenue and Other Fictions a treat for the reader--to be savored slowly and reread often.

Fred Arroyo is currently the Andrew Mellon  Postdoctoral Fellow in English  at Whittier College. His novel, The Region of Lost Names, was a finalist for the 2008 Premio Aztlan Prize, and Arroyo was named one of the Top Ten New Latino Authors to Watch (and Read) in 2009 by LatinoStories.com.

Posted by Linda Rodriguez at 10:40 AM

Email ThisBlogThis!Share to TwitterShare to FacebookShare to Pinterest
Labels: Fred Arroyo, The Region of Lost Names, University of Arizona Press, Western Avenue and Other Fictions, writers of color