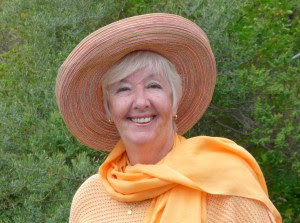 Today, we have with us Rhys Bowen, award-winning novelist and one of the witty women of Jungle Red Writers, www.jungleredwriters.com. JRW is one of the best group blogs on the Internet and my favorite. and for Downton Abbey lovers, her Royal Spyness series offers a taste of what they're craving.

Rhys Bowen writes two different historical mystery series, the Molly Murphy series set in turn-of-the-20th-century New York and the Royal Spyness series set in aristocratic Britain between the wars. Bowen has received critical acclaim for both series and her earlier mystery series set in Wales and featuring Constable Evans. She has recently been nominated the RT Reviews Career Achievement Award. 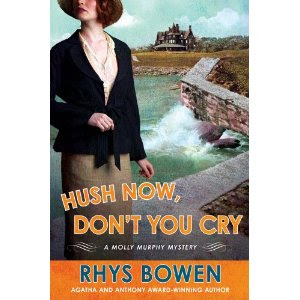 Bowen’s compelling sense of place and period is so evocative that it makes her 1900s New York City and 1930s England full characters in her books. Her lead characters in each series, Molly Murphy and Lady Georgina, are bright, spirited young women coming into conflict with the mores for women in their respective time periods. Her entertaining wit, deft characterization, compelling plots, and perceptive, skillful prose easily explain all the awards and acclaim.

Her new book in the Molly Murphy series, Hush Now, Don’t You Cry, launches March 13. The most recent book in the Royal Spyness series, Naughty in Nice, was just nominated for the Agatha Awards Best Historical Mystery and the Bruce Alexander Historical Mystery Award. Her Royal Spyness was named one of eleven must-read books by Glamour, and it has been optioned for a movie.

Here are links for these two newest of Bowen’s books. Pre-order Hush Now, Don't You Cry and you'll be reading it while others are just buying it.

Rhys Bowen is the bestselling author of the Royal Spyness Series, Molly Murphy Mysteries, and Constable Evens.  Awarded the Agatha Best Novel Award and nominated for the Edgar Best Novel, Rhys’s titles have received rave reviews around the globe

Rhys Bowen is a transplanted Brit who now divides her time between California and Arizona where she goes to escape the harsh California winters. She has been a professional writer all her life, moving from plays with the BBC in London, to books for children and young adults and finally to her real love, mysteries.
She began her mystery career with the Constable Evans series, set in her mother’s family’s native Wales, and has since moved on to two spunky heroines: Molly Murphy whose stories take place in 1900s New York City and Lady Georgiana, the penniless minor royal in 1930s England, whose Royal Spyness stories have become best sellers.

Rhys’s books have so far garnered 11 major awards out of 25 nominations. Rhys also writes award-winning short stories when she can find the time to breathe. She enjoys touring for her books and meeting fans around the country. 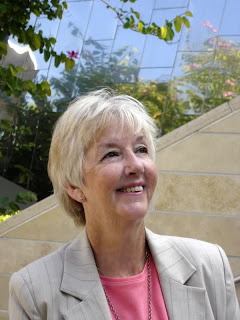 For those new to your two series, can you describe the Her Royal Spyness mysteries? The Molly Murphy series?

The Molly Murphy series features an Irish immigrant woman at the turn of the Twentieth century. The stories revolve around real life dramas of the time—suffragists, anarchists, class struggles, social conventions and all the stresses of life in such a diverse microcosm as New York.

The Royal Spyness books are my writing therapy. I enjoy a good chuckle when I sit at the keyboard. They are lighthearted and poke gentle fun at the British class system in a P.G. Wodehouse sort of way. My heroine is Lady Georgiana. She is related to the royal family but penniless and struggling to survive on her own terms in the 1930s.

What was your inspiration for each of these series?

I started writing the Molly Murphy books for two reasons. One was that I wanted to write a strong, first person female voice and the other was a visit to Ellis Island. I had not expected to be so emotionally overcome by what I felt there. I sensed so many people crying out to me, begging me to tell their stories. And so Molly becomes an Irishwoman who has to flee from her native land and makes it as far as Ellis Island only to become embroiled in a crime there.

I started writing the Royal Spyness mysteries when my editor kept bugging me to write “a big dark stand-alone novel.” I tried to come up with ideas but the world was so full of darkness that I dug my heels in and came up with the funniest heroine possible.  The stories and background come easily to me because I married into a family with historic royal connections and I’ve stayed at great houses where the wind whistles down corridors and the plumbing is awful!

Since I write two books a year, I have to be very disciplined. One book takes me three months to write. I compile a lot of the research ahead of time—visiting New York or England, reading up on the historical elements etc. Then when I start to write I make myself do a minimum of 5 pages a day for the first draft. I keep on going, no revisions, until I get to the end of the first draft. Then it goes to several people to read. I digest their comments and then go through and do a massive re-write.

I’m a morning person and I get to work as soon as I can tear myself away from e-mail, Facebook and my blogs.

What projects, literary or otherwise, are occupying you at the moment?
I’m in the midst of next year’s Molly book. I’ve just reached page 200. It’s quite an emotional book to write because Molly is pregnant and the story centers around a convent that takes in unmarried mothers. I wanted to show the unfairness of the day, with men able to get on with their lives and women ruined forever, shunned by society.

I have to confess when I was in college I was a literary snob. I tried to write like William Golding or even James Joyce. I read mysteries for pleasure—all those ladies of the Golden Age, but they never really moved me. It was when I discovered Tony Hillerman that I saw the scope of a mystery combined with a sense of place. And Ellis Peters gave me the pleasure of combining mystery with history.

You were a successful broadcast programmer and playwright. What inspired you to write your first novel? Had you always wanted to be a novelist?

I have written for my whole life, but never really saw writing as a career. It was when I was working in BBC drama that I found myself analyzing the plays I was working on and thinking “I would have ended that differently.” So I tried my hand at my own play and the BBC accepted the first one I wrote. It was when I married and moved to California that I had to think of novels instead of plays as there was nothing like the BBC.

I’ve never belonged to a critique group. I think I’m too insecure to share a work in progress. However two of my daughters and my husband all get to read the first draft and give wonderful feedback.

Linda, that is the first thing I tell an aspiring writer—first read everything you can get your hands on, then write. It’s no good telling me you’re going to be a writer some day if you are not writing now, all the time, honing your skill. If you said you were going to be a concert pianist but you weren’t practicing at the moment, I wouldn’t believe you. You will only develop a style of your own and a way with words by writing.

And it doesn’t matter what you read—it’s good to learn to differentiate the good from the bad, what works, which characters really come to life, which are cardboard.

The hardest part is that I’m a social being. I love being around people and writing keeps me shut away. That’s why I love mystery conventions so much—getting to hang out with my friends and talk shop. Heaven. The most surprising thing I’ve learned since becoming a mystery writer is the incredible generosity and kindness of other mystery writers. I never expected to make true friends through my profession, but I have tons of them.

I'm waving to all of you from AWP. Can't you see me jumping up and down with my arms flailing?  Come back on Monday when I'll profile Fred Arroyo for Books of Interest by Writers of Color.
Posted by Linda Rodriguez at 12:30 AM