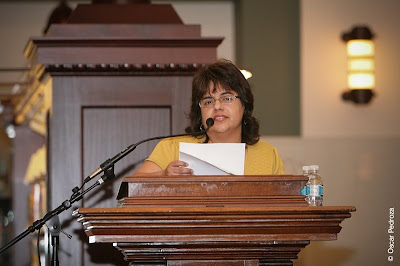 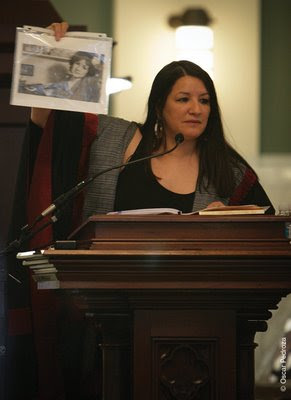 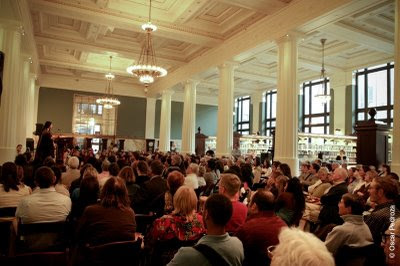 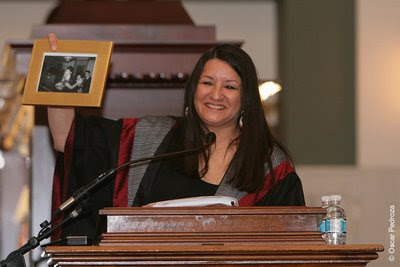 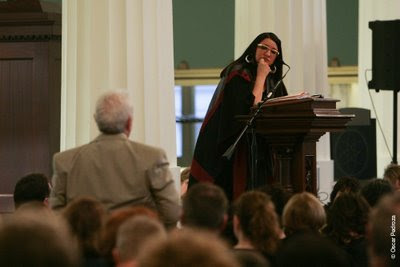 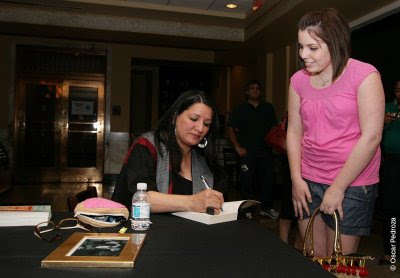 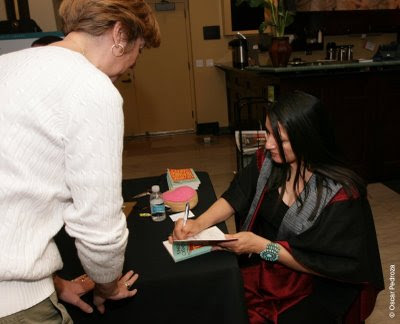 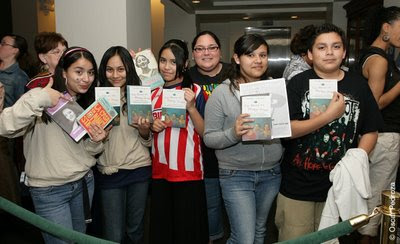 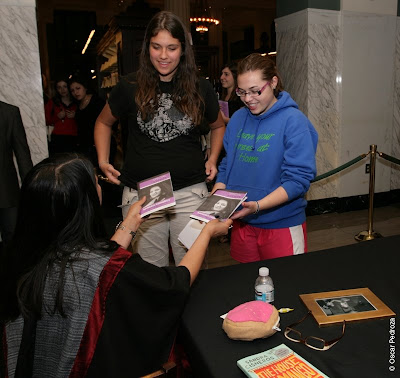 (Photos copyrighted and courtesy of Oscar Pedroza.)
Posted by Linda Rodriguez at 12:39 PM No comments:

http://cherrypiepress.blogspot.com/2009/04/new-chapbook-pale-leaf-floating-by-gaye.html
Posted by Linda Rodriguez at 5:12 PM No comments: 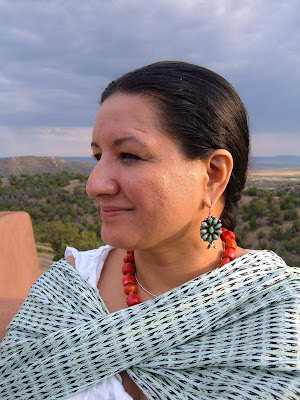 “Poetry is the forbidden room in the house of the spirit. It’s where you write about the things you cannot speak. For me it’s about breaking taboos. It’s the place where you think the unthinkable, say the unsayable and, even worse, set it to paper. It’s the most subversive act I know.” --- Sandra Cisneros

Sandra Cisneros is a national treasure in literature. Her The House on Mango Street (1984) is required reading in schools across the nation and is celebrating its 25th anniversary in 2009. The founder of the Macondo Foundation and Writers Conference and the organizer of the Latino MacArthur Fellows, los MacArturos, for over thirty years Cisneros has published stunning poetry, novels and short stories. Besides the “Genius” grant from the MacArthur Foundation, her many awards include, among others, the American Book Award, the PEN Center West Award, the Lannan Foundation Award, two National Endowment for the Arts fellowships, a Texas Medal of Arts, and two honorary doctorates. Her books, The House on , Woman Hollering Creek and Other Stories, Bad Boys, My Wicked, , Loose Woman, and Caramelo, have been published in over 20 languages and included in many anthologies and textbooks.

Posted by Linda Rodriguez at 4:02 PM No comments:

This is a wonderful and witty post on Kelli Russell Agodon's blog.