I've been missing from this blog for a while, I'm afraid. I've been fighting illness for months, and now that I'm back, I've got a backlog of posts to make in my Books of Interest by Writers of Color series--a new anthology from Allison Hedge Coke, new books from Kimberly Becker, Julia Aragon Fatula, Denise Low, Kim Shuck, and Frances Washburn. So stay tuned for those over the next couple of weeks. But first, I have great news on my own homefront.

My third Skeet Bannion novel, Every Hidden Fear, is now available for pre-order. It will be published on May 6, 2014, and the launch party will be at 11:00 a.m. on Saturday, May 10, and co-sponsored by Mysteryscape and Border Crimes chapter of Sisters in Crime. I'll be joined by my friends, Sally Goldenbaum and Lisa Harkrader, who also have books publishing on May 6, and we're plotting some grand fun. More later on that. Right now, here's the scoop on Every Hidden Fear and how to pre-order it. And save your receipt if you do, because I'll be posting a pre-order contest in the next week and that receipt can enter you for prizes and fun giveaways. 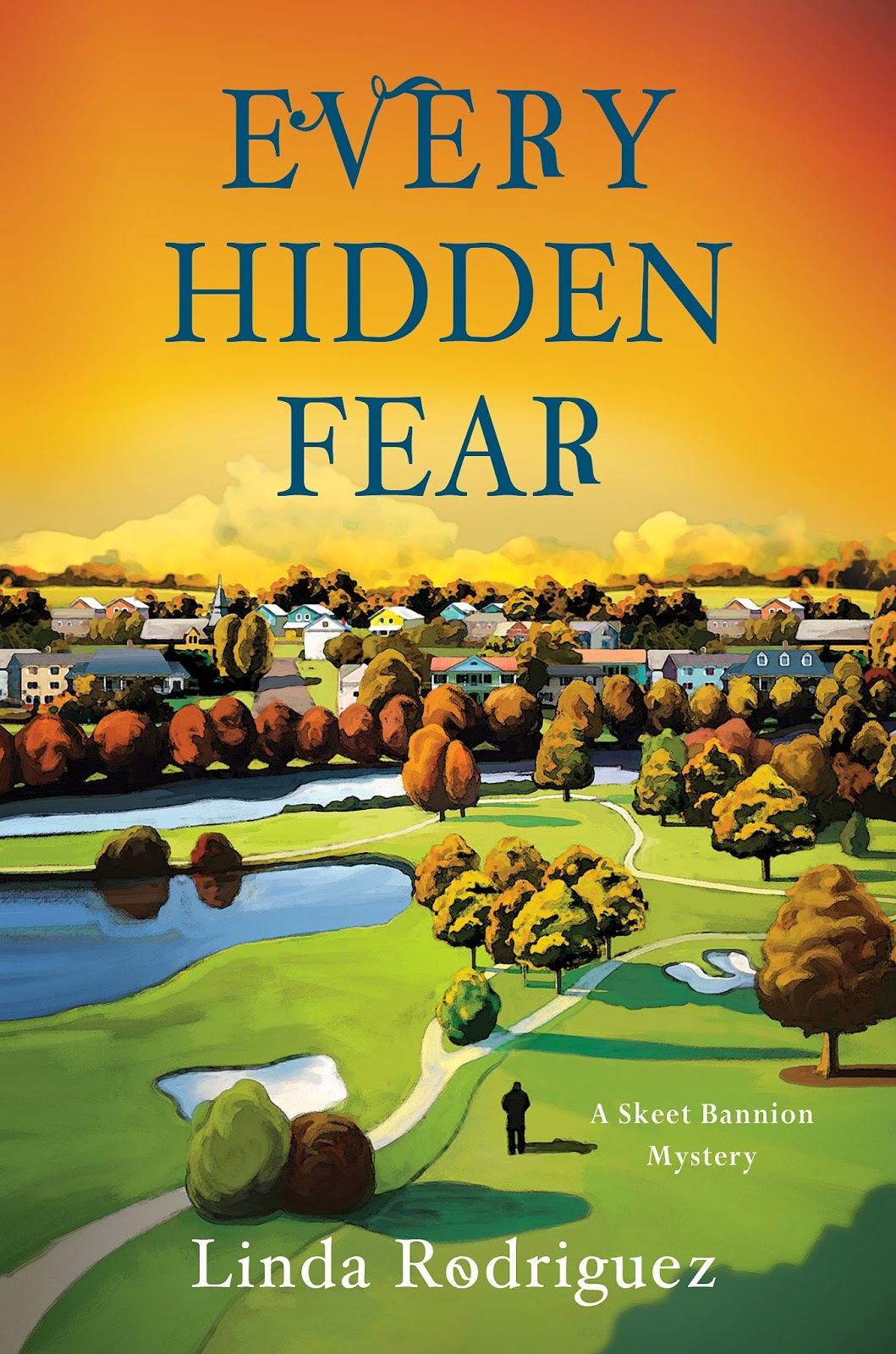 
Skeet Bannion's Cherokee grandmother has come to live with her and her teenage ward Brian, and Skeet is still trying to adjust to the change while also keeping the peace on the local college campus. Then Ash Mowbray, a bad boy from the wrong side of the tracks, comes back to Brewster as a wealthy developer, pushing plans to build a shopping mall on the outskirts of town that will destroy the town square businesses. The town council is split on his proposal, and emotions are running high.

I love the gorgeous cover they've once again given me for this book! And this book is a real favorite of mine. It's probably the most emotional Skeet book yet--and we all know Skeet doesn't do emotional well, at all.

I'll be posting a pre-order contest soon, and after that, I'll put up an excerpt of the book for you all to read. If I can manage the time, I'd like to put up a page about the Kansas City restaurants that are mentioned in each book since people ask about them so much (and my husband wants to do more "restaurant research.") So stay tuned for all of that, plus posts in the Books of Interest by Writers of Color series.

Judith, thanks! I'm looking forward to seeing you at the launch!
Posted by Linda Rodriguez at 12:57 PM 1 comment: