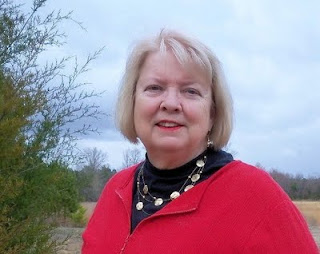 As a manifesto of sorts I am posting an essay that Margaret Maron, one of the fine writers I intend to profile, wrote for her website blog in July. Maron has kindly given permission to this use of her work.

I am often asked why I write “mysteries” instead of “literature” – as if one were slightly disreputable and the other stamped with the Good Housekeeping Seal of Approval.

In the first place, it seems to me that all fictional writing falls into one genre or another. If you find a horse, dusty trails and handguns, then it’s a “Western.” If there are bug-eyed aliens, space ships or alternate universes, then it’s “Science Fiction.” If it’s witty, funny, and everyone goes shopping, then it’s “Chick Lit.” Ghosts and vampires and spooky woo-woo? “Supernatural.” Ghosts and spooky woo-woo and heroines running around in wispy nightgowns? “Gothic.”

Other genres are Romance, Fantasy, Historical....the breakdown into subsets goes on and on. Only if it doesn’t fall squarely in one of those easy categories is it called “Literature,” which is neither more nor less important than any other genre and usually partakes of aspects of the others. There is excellent writing in that category, there is also pretentious navel-gazing.
Same for all the other categories. Every subset has its classics that have stood the test of time as well as the duds that were remaindered two weeks after their pub date.

So why did I choose to write mysteries? Because I’ve always loved to read them, because I like stories where things happen, and yes, because mysteries have a discernible form. There is a crime (usually a murder), there is someone to solve that crime, and in the end, justice must seem to have been done. The guilty are not always punished, the innocent do not always triumph, but one usually closes a mystery novel feeling satisfied with the outcome.
I came to mysteries because I wanted to write and I had a facility with words. I also had a horror of taking off my clothes in public, which immediately precluded a coming-of-age novel that is often a writer’s first book, following that old saw, “Write what you know.” I did not want to cannibalize my childhood nor smear my parents and relatives nor exaggerate any hardships I might have experienced.

It is a terrible burden to want to write and find you have nothing to say . . . at least nothing you want to say in public. This is why the mystery form was so attractive to me. I could write a story and perhaps earn a living if enough people found it entertaining. Over the years, I have learned that there is nothing I can not say in this form. And because mystery novels are perceived by and large as entertainment only, this means mystery writers can fly beneath the radar and slip in social commentary, political ideas, and maybe even a little educational propaganda as I did in my last book.

Here in NC, where tobacco is slowly being phased out, some farmers would love to grow industrial hemp. As I wrote in Hard Row,

“Hemp is a wonderful source material of paper and cloth and our soil and climate would make it a perfect alternative to tobacco. If it had first been called the paper weed or something equally innocuous, North Carolina would be a huge producer. With a name like hemp though, our legislators are scared to death to promote it even though you’d have to smoke a ton of the stuff to get a decent buzz.”

Only three sentences tucked in between arguments for raising ostriches or shiitake mushrooms, but if enough readers get used to the idea that not all hemp is created equal, farmers may eventually be allowed to raise the industrial variety.

That’s why I don’t mind the “genre writer” label. As long as they are published and read, I’m going to keep writing them, no matter what they’re called.

Check it out. Maron is one of the writers who will be featured in this series as it continues. Next week, we'll kick off with Kathleen George.
Posted by Linda Rodriguez at 8:24 AM