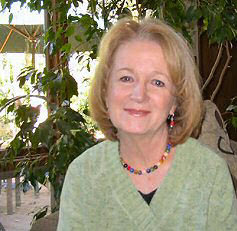 I'm late with this blog because last week was a blur of unexpected demands and illness. I hope to get back on schedule this week. In recompense I offer you Nancy Pickard, one of the finest of the literary mystery novelists.

Nancy Pickard has done it all in the crime novel scene. She started with a series of traditional mysteries, the Jennie Cain series about a foundation director in a small New England town, which became highly successful and won a number of the field’s highest awards. Next, she moved into thrillers with her Truth series about a Florida-based true crime writer. Later, she moved into culinary mysteries, writing three novels in the Eugenia Potter series created by Virginia Rich. Finally, she has settled into writing big stand-alone novels with complex plots and characters that could hold their own with any literary novels out there today. Her beautifully crafted books with engaging characters have always been popular with the discerning reader, but these most recent books have brought all her literary promise to a satisfying fulfillment.

Nancy Pickard is the award-winning and critically-acclaimed author of eighteen novels and dozens of short stories. She is the co-author, with Lynn Lott, of the beloved non-fiction book for writers, 7 Steps on the Writer’s Path. She is a 4-time Edgar nominee for her novels, I.O.U., The Whole Truth, and The Virgin of Small Plains, and for her unforgettable short story, “Afraid All the Time.” She won the first-ever Anthony Award for Best Paperback Original Mystery for her second book, Say No to Murder. She has won multiple Agatha Awards and Macavity Awards for her novels and short stories. Her last novel, The Virgin of Small Plains, won the Agatha and Macavity awards, was a finalist for both the Edgar and the Dilys awards, and was named a Killer Book by the Independent Mystery Booksellers Association. It was a Kansas Notable Book in 2008, and it was the Kansas Reads book of the year for 2009. Her most recent novel, The Scent of Rain and Lightning has earned the following honors:

Nancy is a founding member and former national president of Sisters In Crime, and a former national board member of The Mystery Writers of America. She is a graduate of the University of Missouri School of Journalism and a lifelong resident of the Kansas City area. 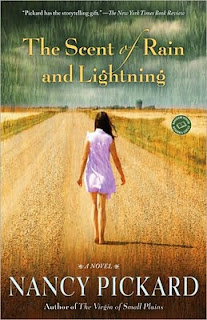 How would you describe The Scent of Rain and Lightning to someone who has not read any of your previous novels?

I'd say it is a novel that was inspired by stories of injustice and of good intentions gone bad; I'd say it's about unlikely love, family love, and love for gain. I'd say it's set in a startling landscape and that it tells what happens to people in a small town before a crime, during the crime, and for years afterward. I'd say it's a family saga, a mystery, and a story about power and influence. Then I'd think to myself, "You really should find a shorter way to say all that."

My process is to let things happen rather than to force them. I have no schedule. I have no typical writing day, and I don't even stay in the same place all day, because I may go from coffee shop to library to another coffee shop to write. This wasn't true of me when I started writing fiction--I had come from journalism and the business world and I met deadlines, I worked definite hours, etc. But that stopped a long time ago. Now I'm a binge writer. I'll have intense periods when practically all I do is write, starting early in the morning and going until after I'm in bed and the characters won't shut up and let me sleep. Then I'll have long (worrisome) periods when I don't put any words on paper, and I tell myself that the book is gestating and figuring out where it wants to go next. At those times, my job is to deal with my own impatience and refuse to allow it to take over from the interior work my imagination is doing on its own without my interference.

I'm doing some minor rewrites on a short story and I'm working on a novel that has a deadline far, far back in my rearview mirror.

Who were your literary influences growing up? I know the Nancy Drew books were an important influence for you. Other than that, are there any authors (living or dead) that you would name as influences?

J.D. Salinger (not Catcher, but rather Franny & Zooey and Nine Stories); Fitzgerald, particularly Gatsby; Edna Ferber (great storyteller), especially Giant; Agatha Christie; James M. Cain; E. B. White, John Gardner's Grendel; T.S. Eliot, Robert Frost, Robert B. Parker, the list goes on and on and on, and my guess is that hardly any of that is recognizable as an influence in my writing. But I know it's there.

You began with a traditional mystery series, the Jenny Cain mysteries. Then you moved to the Truth series, which was a series of thrillers. What inspired this change? What inspired you to write your first stand-alone novel, The Virgin of Small Plains?

The desire/need to grow as a writer.

Other than your well-known brainstorming and writing friendship with mystery writer, Sally Goldenbaum, do you belong to a critique group of other authors? Do you find it helpful? In what ways?

I haven't belonged to a critique group in decades, but they were helpful a long time ago. Now, my critique group consists of my long-time editor, her long-time assistant editor, and others at the publishing house. I get enough editorial input from all of them; any more would confuse me.

I don't know any real writers who aren't also big-time readers.
What should they read? Anything they want to read, to help them discover what they want to write. Then read the best stuff they can find, to help them raise the level of their own work. Unless, that is, the best intimidates them, and then they can back off. That happens early on sometimes, and there's no shame in it.
My advice is to read and read and read and write and write and write, to remember it takes a long time to get any good, and never to fall into the temptation of publishing too soon.

The most surprising thing has been learning how hard it is! It's hard work physically, and it's hard to balance art and income, and some of the most satisfying parts of the work are hard to learn how to do, which also makes them feel really satisfying when you get better at doing them.

Later this week, I’ll have an interview with the wonderful Allison Adele Hedge Coke for the Writers of Color series. See you then. Hope your week begins in a grand manner.
Posted by Linda Rodriguez at 9:32 AM