We’ve had blizzards back-to-back here lately. The city shut down—no buses, no trash pickup, no mail, no school. My husband was home from work the whole time. We even lost power for a while. So it’s been about a week or so of snow days around here.

On snow days like these, no one goes to work, except the few people who staff emergency services and the city’s snowplows. Ninety-eight percent of the residents are not at work, but home on an unexpected vacation. Even though faced with over two feet of snow, most have a festive, holiday mood, reminiscent of the mood we all had as schoolchildren when schools called a snow day.

Except here and in other writers’ houses. A snow day is just another work day to us. We have deadlines and can’t afford to take off just because the snow has piled up so high the back door won’t open. Snow days are simply another distraction. 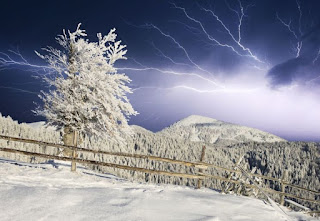 It’s hard to always be working when other people are playing. Even when the work is the writing that we love, our vocation, our calling in life. Still, we feel a little aggrieved that we’re still tied to our desks when everyone else in the whole wide world is getting to play. At least, I certainly do.

I’m luckier than most writers in this situation. My husband is an editor, publisher, and writer himself. He does not expect me to amuse him when he’s home if I have work to do. He’s perfectly capable of amusing himself. But it’s hard to stay at work when he’s out there and I could be in the midst of a delightful conversation with him. He’s such a joy to talk to about a million different things. When we first started dating, we used to stay up until the wee hours just talking on the phone. After twenty-five years of it, talking with him is still one of my favorite things to do.

He went back to work today finally. The snow’s still in massive piles outside our house, and the car Is hidden under tons of it. The buses are running, however, and he rode one in to work.  I felt as if the house and I gave a deep sigh of relief and fell back into the normal. It’s not that I didn’t work while he was home for snow days. I did. Not as effectively or productively as usual. It felt like I was writing with part of my attention not fully there. But write I did—and I know I can make it as good as what I write on good days when I go back through revising. But it was writing under a kind of strain, and now that’s over.

What do snow days mean for you? Have you had your fill of them and, like me, are you oh-so-ready for spring?

Posted by Linda Rodriguez at 7:31 AM