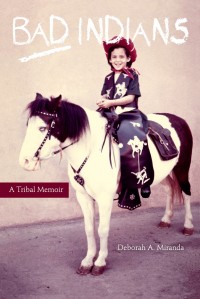 Deborah A. Miranda’s Bad Indians: A Tribal Memoir (Heyday Books) is a book I’ve been anticipating ever since I first met the author and heard what she was working on.

Caveat: Deborah Miranda is a good friend, and we bonded from our first meeting because our backgrounds are so similar and we have so much in common. But I would have been anticipating the book eagerly if I’d never met the author but only heard about the book. For most of my lifetime I’ve been waiting for this book. I know this book is so important and much needed out in the world, so I would be remiss to avoid telling my blog readers about it simply because I’m close to the author.

In Bad Indians, Miranda traces the history of the Ohlone Costanoan Esselen  tribe through her own search for the history of her own family, through the story of the violent missionization of California, the exploitation of those indigenous people and the theft of their land, language, and history. The padres enslaved, beat, raped, and killed the Indians they found on the land they wanted for their missions and settlements, and Miranda documents the historic record of this process and the destruction it wreaked on the peaceful tribes the priests initially found.

“All my life,” Miranda writes, “I have heard only one story about California Indians: godless, dirty, stupid, primitive, ugly, passive, drunken, immoral, lazy, weak-willed people who might make good workers if properly trained and motivated. What kind of story is that to grow up with?” She knew the true story was more than that. “Story is the most powerful force in the world,” she says, “in our world, maybe in all worlds. Story is culture.” Bad Indians is the result of a decades-long search for that story, that culture. 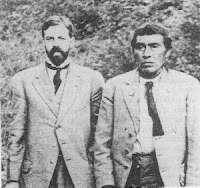 In 1925, renowned anthropologist Alfred Kroeber pronounced the Esselen people and culture extinct, based on a flawed census of California Indians, and the Bureau of Indian Affairs designated the Esselen tribe “terminated.” By 1955, Kroeber had come to realize his mistake and argued with demonstrations of evidence to the BIA that the Esselen still lived and should be recognized, something Miranda’s and other families have been fighting to regain for many years. However, the BIA has never rectified its mistake.

In a place and time where California Indians were legally enslaved and where the federal and state governments paid bounties for the corpses or body parts of Indians (to prove they’d been killed), many California Indians chose to “pass” themselves and their children as Mexican rather than claim their true identity, which could put them into slavery or the grave. Well into the 20th century, at about the time Ishi was discovered and the Esselen were declared extinct, people decided that it was finally time to repeal the laws paying bounties for the killing of Indians.

Miranda writes about these tragedies. She brings them into the light through documents, passed-down  and anthropologist-recorded stories, and her own poems and lyrical essays. All that’s been left of her tribal history lies in pieces and shards, so she puts those broken bits together into a mosaic that speaks of violence and exploitation yet echoes with the beautiful strength and resilience of her ancestors. 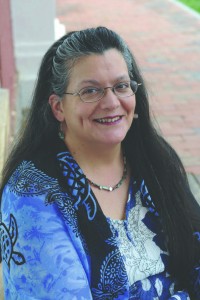 She also writes of how the violence and trauma forced on her tribe recapitulate in the history and actions of her own family, in her own history. “I wondered if, in order to survive, we had become destroyers, like them,” she asks. “Was there no way out of this self-perpetuating cycle of cruelty?” Through her examination of the history of her people and her family, she brings awareness of the larger history of the many indigenous peoples of the United States. The details may change, but the general outline of violence and cruelty, reslience and survival always remains.

The history is truly appalling, but the stories themselves are filled at times with the wry humor of the survivor and with the quiet strength of Miranda’s people. The lyrical manner of her mosaic telling of this history, of these stories, turns horror story into a kind of terrible beauty. This book is full of riches. Miranda has done a remarkable job of piecing together and laying out for our contemplation the history and irrepressible culture of her tribe and her family, and she has tempered her honesty with respect and thoughtfulness.

Posted by Linda Rodriguez at 3:55 PM