February 7, 2012, is the 200th birthday of the great social activist writer and the Shakespeare of the novel, Charles Dickens. Like novelist John Irving, I must say, "I became a writer because I read Charles Dickens." I first picked up A Tale of Two Cities in a library right after I’d turned nine years old. I ran back the next week to load my arms with Dickens’s other novels, and I’ve been reading them again and again ever since. At one time when I was weighing an offer of a fellowship to do a Ph.D. in English, I knew, if I took it, that I would write my dissertation on Dickens and Bleak House or perhaps Our Mutual Friend.

How has this writer remained so popular, revered, and read for almost 200 years? And why am I listing him among literary mystery novelists? 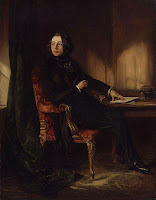 In answer to the second question, many of Dickens’s books were built around a mystery and/or crime—Oliver Twist (full of criminals, a nasty murder, and a mystery), Nicholas Nickleby (riddled with crimes and mysteries), Barnaby Rudge (a murder mystery with an insurrection), Martin Chuzzlewit (multiple murders), Bleak House (murder and the first police detective!), A Tale of Two Cities (crammed with crimes and mysteries), Great Expectations (begins with a jailbreak, loaded with crimes & mysteries), Our Mutual Friend (identity theft and murder), and of course, the unfinished The Mystery of Edwin Drood (plotting for murder, drug addiction, possible murder). Also, Dickens is an author the academic and literary elites have, at times, named too popular to be of literary worth, much as they do with modern mystery writers.

As for the first question, I study Dickens to this day, trying to learn the answer to that. If I knew it, I could perhaps be as great and greatly loved a writer myself. Failing that, I can best answer it with quotes from other writers about Dickens.

"The reason I love him so deeply is that, having experienced the lower depths, he never ceased, till the day he died, to commit himself, both in his work and in his life, to trying to right the wrongs inflicted by society, above all, perhaps by giving the dispossessed a voice. From the moment he started to write, he spoke for the people, and the people loved him for it, as do I."  — Simon Callow

"I cannot lose the opportunity of saying how much I love and esteem him for what he has taught me through his writings -- and for the genial influence that these writings spread around them wherever they go. Never having seen Boz in the body, we have yet had many a tête-à-tête."  — Walt Whitman

"For all his faults, there is still no one to touch him -- for breadth, for depth (especially in the later novels), for moral seriousness, hilarious comedy, social criticism and for filling a room with characters you suddenly know better than some of your closest friends."  — Katherine Ashenburg

"Books such as ‘Great Expectations’ were part of the great moral revolution which made [Great Britain] prosperous, ordered and civilised.  They are crucial to our civilisation.  Like all great moral books, it makes the reader envy the good characters their goodness, and want to emulate them. It made us recognise the good and the bad in ourselves -- in fact Dickens ceaselessly did this, probably because he was himself struggling all the time against his own cruelty and selfishness, and loathed these things in others."  — Peter Hitchens

“Dickens is huge—like the sky. Pick any page of Dickens and it’s immediately recognisable as him, yet he might be doing social satire, or farce, or horror, or a psychological study of a murderer—or any combination of these. He’s always much more than you remember—more playful, more surreal, more campaigning, more sentimental, more Victorian, more good and more bad."  — Susannah Clarke

Thomas Carlyle upon hearing of his death said: “The good, the gentle, high-gifted, ever-friendly, noble Dickens—every inch of him an honest man.”

Posted by Linda Rodriguez at 2:44 PM