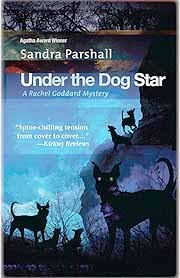 If you're looking for a good holiday gift for a friend or family member who is a reader, I heartily recommend one of Sandra Parshall's novels. They are complex, suspenseful mysteries with characters who come alive on the page and a setting so richly realized that it becomes another character. Now seems a perfect time to remind holiday shoppers about this fine writer.
I first found Sandra Parshall’s books when I read her second book in the Rachel Goddard series, Disturbing the Dead, a book dealing with the Melungeons, their isolation, and the discrimination they have faced and still do. It was beautifully written, and I was sucked into the world Parshall created. Her books have received much critical praise, and I believe in an earlier day when books were not so pigeonholed, they would have been shelved as literature (and probably wouldn’t have sold as well). Her newest book in the series, Under the Dog Star, is another finely crafted book that stresses rich characterization and deals with complex social issues.
Sandra Parshall bio

I was born and raised in South Carolina, and the first job that paid me for writing was that of weekend obituary columnist on my hometown paper, The Spartanburg Herald. Eventually I became a reporter -- after putting together a feature on my own initiative and giving it to the editor to prove I could do it. From there I went to jobs on newspapers in West Virginia and The Baltimore Evening Sun. I covered everything from school board meetings to a mining disaster, health care in prisons, poverty in Appalachia, and the experiences of Native Americans living in the city.

I've written fiction since childhood, but I didn't find the genre I feel comfortable in -- mystery/suspense -- until a few years ago. The Heat of the Moon was my first attempt at psychological suspense. My friend Babs calls it "Sandy's pecan pie dream book" because the entire story came to me during a fitful night after I had overindulged in holiday dessert. With its publication, I'm setting off on a new phase of life, and I hope to make a lot of new friends along the way.

I've lived for many years in the Washington, DC, area, and currently share a house in McLean, Virginia, with my husband, a long-time Washington journalist, and two unbelievably spoiled cats. 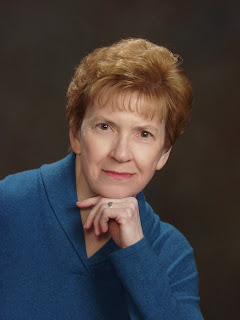 Email ThisBlogThis!Share to TwitterShare to FacebookShare to Pinterest
Labels: Broken Places, Disturbing the Dead, Sandra Parshall, The Heat of the Moon, Under the Dog Star