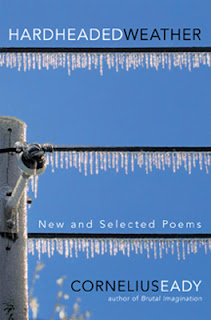 Cornelius Eady Hardheaded Weather: New and Selected Poems (Putnam) Eady is an acclaimed poet and dramatist. His book of poetry, Brutal Imagination, was a finalist for the National Book Award in 2001. His libretto for the opera, Running Man, was a finalist for the Pulitzer Prize in Drama in 1999. His six other books of poetry and three other works of drama have also received various major awards. His work is full of the music of the blues and jazz riffs, as well as clear-eyed, large-hearted consideration of his family and the African American community within which he grew up. He uses simple, deceptively clear language to deal with complex concepts and multiple stories simultaneously. His work contains layers and layers of clarity, truth, and paradox.

Another major writer of color who has given back extensively to his community, Eady also made a name for himself as a teacher and mentor of young writers. In 1996, he and poet Toi Derricote co-founded Cave Canem, a writing community for African American writers with a first book prize, an anthology, a summer retreat, and workshops and events throughout the year and throughout the country. Eady is the Miller Professor of English and drama at the University of Missouri-Columbia.

Brenda Cárdenas Boomerang (Bilingual Review Press) Cárdenas is an activist/poet of the borders, the margins, the justapositions of languages, cultures, and forms. Yet underneath her fascination and experimentation with style, stories are her substance. She tells the stories of family, friends, herself growing up and adjusting or not to modern America. She tells the stories of who and what gets lost in translation and border-crossing. She shows how the multiplicity these give the culture and language of the country she loves and rails against enrich and enliven it beyond compare. Her two collections of poetry are just the beginning of what will be, I’m sure, a rich and acclaimed career. If you have a chance to hear this poet read in person, grasp it with both hands. She is an electric performer of her own work.
Here is the link to her book. As usual, I encourage you to patronize the small presses who make the work of so many writers of color available. 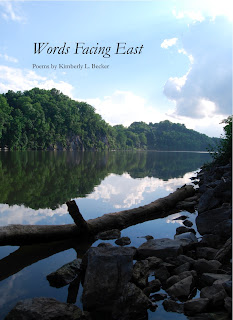 Tomorrow I will post the jacket copy that I just received for my new book, Every Last Secret. I'm very excited about it. Many, many thanks to those of you who already pre-ordered it. You are all wonderful friends and supporters!

Posted by Linda Rodriguez at 8:38 PM