This was the initial post in my series on Books of Interest by Writers of Color series way back when. I haven't come close to running out of good writers yet, but I'm running low on energy and time right now, and I have lots of new followers on Twitter and friends on Facebook who've not seen these posts and may not know about these wonderful writers. If you're looking for Christmas presents, books by these authors or any of others I've profiled on my blog would make a great gift!

Books of Interest From Writers of Color-Part 1

Well, I'm later starting this series of posts than I'd hoped, but here goes. These will not be reviews since I'll be talking about three writers at a time in each post and that doesn't leave enough space for a real review. (Though I may post some of my reviews that have run in other places along the way.) What I'm trying to do here is to bring some attention to writers of color who might otherwise not receive it. Some of them may be well-known in their field of poetry or whatever, but probably aren't outside of that. I will probably look at someone highly regarded within their field but not well-known by the general reader each time, along with a couple of emerging or new writers. I want to give a brief overview of their work and info on where it can be found for teachers or those interested in learning more or purchasing it.
Caveat: The world of writers of color is fairly small. Most of the writers I will mention in this series are friends or acquaintances of mine or friends of friends. Not always, of course—of the three Erdrich sisters mentioned below, I’ve only met Heid once very briefly. However, since I’m trying to get people to read writers of color and make a resource for teachers and librarians here, I will not post about anyone, friend or not, whose work is not good. It would defeat the purpose. Fortunately, I know a lot of wonderful writers of color. 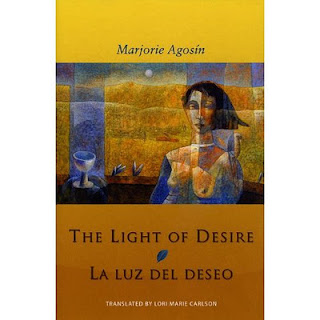 Marjorie Agosín, La luz del deseo/The Light of Desire (Swan Isle Press) This is the latest of many wonderful books by this gifted poet and activist. (See October 2010 of this blog for a fuller account of her many awards and books.) This book is a gorgeously produced bilingual edition of an unusual effort on the author’s part. Usually, her poetry deals with injustice and oppression, often against women, or what she calls, “memory activism,” in which she imaginatively recreates her own ancestors and the oppression they faced—the poet is the child and grandchild of Holocaust survivors who settled in Chile. La luz del deseo, however, is a poetic love song in the tradition of the Bible’s Song of Solomon that celebrates not only a passionate human love affair but the poet’s love of Israel and her calling of that country back to the ideals on which it was originally formed. For La luz del deseo, I will give the link to the small press which published it since I believe in supporting these small presses without which we wouldn’t have many writers of color published, at all. Buy it from them. But if you want to see a wide selection of all the many books of Agosín, click on this Amazon link, as well. 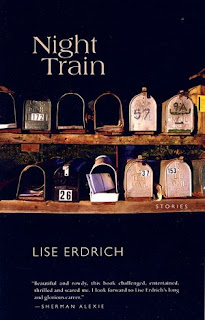 Lise Erdrich, Night Train (Coffee House Press). This collection of extremely short pieces of fiction is the first by Lise Erdrich, sister of well-known novelist Louise Erdrich and highly regarded poet Heid Erdrich. Played out in the towns and reservations of Indian country, Erdrich’s brief stories put us into the hearts and minds of a dizzying array of characters with skill and love. Here’s a link to Coffee House Press for the book. Also, check out the sisters. I’ll be dealing with each of them later. This is a multi-talented family of Native writers.

Phyllis Becker, How I Came to Love Jazz (Helicon Nine Editions). In this first book, Becker writes of an African American woman’s life in the heart of the country with an emphasis on both identities. Jazz plays a major part in her family history and in her poetry, which echoes to the rhythms of America’s greatest music form. Becker isn’t well known outside of the two-state area of Missouri and Kansas, but she really should be, and I think she will be as more and more people discover her work. Here is the link for her book.
Posted by Linda Rodriguez at 6:11 PM