In late March, I had started the first draft on my second novel in the “Every” series. This was right around the time I heard the great news that the first book in the series, Every Secret Thing, had won the St. Martin’s/Malice Domestic Award and would be published by St. Martin’s Press. (Every Secret Thing has now been retitled Every Last Secret.) I had been working on character and story for the second book, Every Broken Trust, doodling around as I must at the start of any book, but this news sent me to the page (or at least the computer).

I took a break from drafting Every Broken Trust to attend the Malice Domestic Conference and again later to go to New York with Ben to the Poet’s Prize and to meet with my editor, Toni Plummer. Toni only wanted a few changes, but they were the kind of edits that require rethinking some elements of the story. I also had an extensive author’s questionnaire to complete for St. Martin’s. They wanted a tremendous amount of information, but since they wanted it in order to plan marketing strategies for my book, I wanted to give it all to them. Toni had also asked for some photos of the small towns on which I based my fictional town, Brewster, Missouri, to give the cover designer ideas. So Ben and I took some drives around Kansas City. 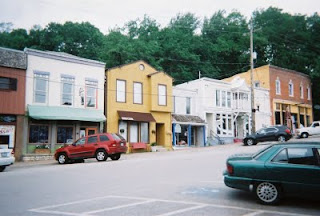 My fictional town is based on features from college towns Parkville, MO, Lawrence and Manhattan, KS, and from county seats, Independence and Liberty, MO. Deacon County is also a fictional county, squeezed in between Jackson and Platte. 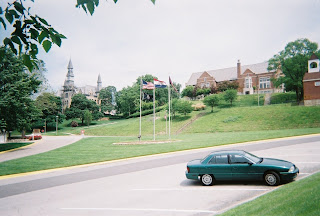 Last week, I sent in the completed author questionnaire and photos, and yesterday I sent in the last changes for Every Last Secret. Now, unless Toni has further changes she wants me to make, Every Last Secret is out of my hands until we get to the copy-edits. It will go through all the stages of the production process and come out in May 2012. All terribly exciting, but my mind is already elsewhere. I’ve turned back to its sequel, Every Broken Trust.

Next post--back to my Writers of Color series.

Posted by Linda Rodriguez at 8:49 AM