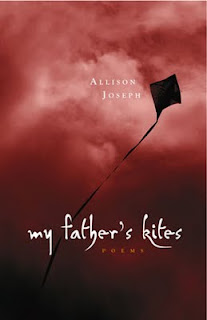 Allison Joseph, My Father's Kites (Steel Toe Press) Joseph is probably the only African American woman in the United States to run an MFA program and edit a major literary magazine. This country tends not to give those literary positions of power to women of color, yet Joseph does both. She is a professor of creative writing at Southern Illinois University Carbondale, where she directs the MFA Program in Creative Writing and serves as editor-in-chief of Crab Orchard Review. She has received many major awards, most notably the Ruth Lilly Fellowship, the Associated Writing Programs Prize, and the Academy of American Poets Prize. Joseph was born in London to parents of Caribbean heritage and grew up in the Bronx. Much of her usually free-verse writing revolves around her family and the often confusing and difficult world of those New York City growing-up years. However, in My Father's Kites, her sixth book, she uses the restraints of the sonnet form to deal with the pain of the death and celebrate the idiosyncratic life of her difficult father from whom she had been estranged. As I have found so often among writers of color, Joseph works to open doors to other writers, as well. She founded and directs the Young Writers Workshop at SIUC, a four-day residential creative writing summer program for high school students, and she also serves as moderator of the Creative Writing Opportunities List, an extremely useful (but labor-intensive) online list-serve that distributes calls for submissions and literary contest information to other writers free of charge. Joseph is a major writer whose work is accessible and full of wit and insight. As usual, I’m giving the link to the small-press publisher’s website. Please support small and university presses without whom we would see few writers of color published. 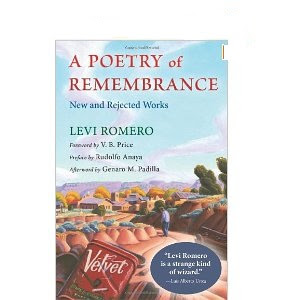 Levi Romero, A Poetry of Remembrance: New and Rejected Works (University of New Mexico Press) Romero’s family has lived in northern New Mexico since the 1600s, and much of his writing is about preserving those familial and community memories. A veteran of the Española lowrider culture and a research professor in the University of New Mexico’s School of Architecture, Romero combines the indigenous rural, lowcura, and academic strands of his life into a poetry of wry wit and celebration of the rich mix of cultures from which he comes. The centerpiece poem of A Poetry of Remembrance, which sold out within a month of publication, "Lowcura: An Introspective Virtual Cruise Through an American Subcultural Tradition," is a tour de force making fun of academic jargon and attitudes while it paints a loving portrait of not only the lowrider tradition that he loves but the whole mix of cultures of which northern New Mexico is made. Romero has for years reached out to the hidden community with workshops in detention centers, homeless shelters, nursing homes, and poor and working-class neighborhoods. His work is moving and hilarious and truly deserves the widest audience. Here is the link for A Poetry of Remembrance, his second book. 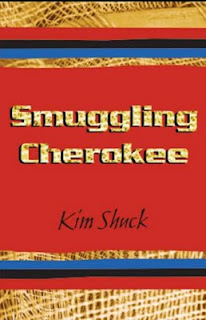 Kim Shuck, Smuggling Cherokee (Greenfield Review Press) A Cherokee/Sac & Fox poet, Shuck won the Native Writers of the Americas First Book Award for Smuggling Cherokee, as well as the Diane Decorah Award for Poetry. Shuck’s eye for the perfect, telling detail of life to bring the reader into her world and to smack that reader in the face with a powerful insight. Yet her poetry is lightened by sardonic wit and true tenderness for the aching beauty of the world. Shuck is also a beading and fiber artist using traditional Indigenous techniques to create her dazzling work. She is deeply involved in community-building and teaching. Expect great things in the future from this multi-talented young writer. Here’s the link for the book.

Next week, I’ll cover more of these terrific writers.


Posted by Linda Rodriguez at 1:18 PM