Marjorie Agosín—Books of Interest by Writers of Color 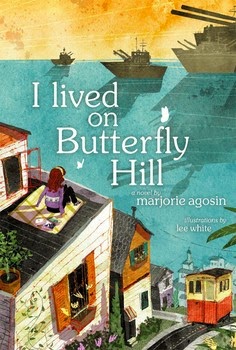 This is part of a special #diverselit, #WeNeedDiverseBooks intensive for my regular series of posts, Books of Interest by Writers of Color.

I’ve written before about Marjorie Agosín, her brilliant books of poetry, memoir, essays, and scholarship and her amazing career as a human-rights activist. Her 2014 book, I Lived on Butterfly Hill (Simon & Schuster, 978-1416953449), is her first novel. Semi-autobiographical, it tells the story of a young girl in Chile with parents allied with the democratic government, who is forced into exile in the United States because of a dictator’s coup and its vicious aftermath. Agosín herself fled to the U.S. with her parents at the same age from Pinochet. Agosín has compressed the length of the dictatorship in her already expansive book, as well as other details—for story purposes and because, as she said in an interview, “I could not bear to make Celeste Marconi endure 17 years of a fierce dictatorship. Three was enough.”

Probably because of the age of the protagonist, the novel is marketed as a book for older children/young adults, but this luminous, poignant novel actually makes compelling reading for anyone of any age. The charming illustrations by Lee White are paired perfectly with the lyrical prose of Agosín, an award-winning poet, the enchanted life the protagonist lives in Chile before the Pinochet-like dictator, and the mysterious and mystical events of her life on the coast of Maine and back in Valparaiso  after the dictator’s death.  I Lived on Butterfly Hill was published to universal praise, including a starred review from Booklist and a nomination for the Cybil Awards in children’s and young adult literature. It has recently gone into a second printing.

Grandchild of Holocaust refugees, Celeste Marconi is a happy dreamer, who loves her room at the top of her house high on a hill overlooking the harbor where she can make friends with pelicans while her grandmother and her Indigenous nanny take care of all the daily household work. She lives cocooned in the love and protection of friends, neighbors, and family in Valparaiso, Chile—until the time comes when even dreamy Celeste can’t deny the political unrest that is sweeping through the country. Warships fill the harbor. Classmates disappear from school. No one talks about any of the terrible things that are happening. There are just holes in the world as there always were when her grandmother talked about her life in Nazi Germany before she had to flee to Chile. Celeste doesn’t quite know what is happening, but one thing is clear: no one is safe, not anymore.

The country has been taken over by a government that declares artists, protestors, and anyone who helps the needy “subversive” and dangerous. So Celeste’s parents, doctors who help poor people, must go into hiding before they, too, “disappear.” To protect their daughter, they send her to her eccentric aunt on the coast of Maine in the United States. Plunged abruptly into the very different seaside world of Juliette Cove, Celeste has no knowledge of English, of American society and popular culture, of winter or snow, of housework, and has never been lonely in her life—before this. She goes to school, tries to help her aunt around the house, and learns to adjust to life in Maine, even as her heart stays wrapped up in Valparaiso and her family there. This section of the book is one of the most evocative and tender expressions of the experience of the immigrant, especially the child immigrant, who lives in and between two worlds each day and the emotional roller coaster that entails. 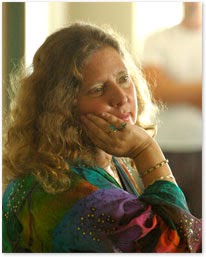 Eventually, just as Celeste begins to feel at home in Juliette Cove, the dictator dies of a nasty cold (Agosín’s little joke to get back at the long-lived Pinochet), and Celeste is called back home to a Valparaiso and Chile that she hardly recognizes. Her parents are still gone, perhaps dead, and she wonders if anything can ever be the way it used to be. The magic and mysticism that permeate all levels of Chilean society are important elements of the book, part of the powerful threads of imagery and metaphor that weave throughout, but here they play a major role in the denouement of the book’s bittersweet ending.


Beautiful language, captivating characters, and a gripping story make this rich, ambitious novel a winner for anyone who wants to know what it was like living through the horrors of the Pinochet regime or wants to understand the experience of the exile or immigrant or simply wants to fall into a lush world of fear, loss, hope, and courage and live in that fascinating environment for the duration of a book by a spellbinding storyteller.

To read more about this inspiring author, visit this past post:

Usually, I send readers to the small or university presses who have published the writers I discuss in order to support those midwives to #diverselit, but this book of Agosín’s is published by one of the big titans in New York City, so I’ll just give the Amazon link. I’ve also given the ISBN number with the first mention of the title, so you can also order it from your local independent bookstore, which would be even greater. Any way you go about it, get this book. You will thank me after reading it.

Next time, I’ll look at Frances Washburn and her new novel, The Red Bird All-Indian Traveling Band. Until then, branch out in your reading. Step outside your comfort zone and broaden your capacity for empathy. Read #diverselit.

Posted by Linda Rodriguez at 6:07 PM