Erika Wurth—Books of Interest by Writers of Color


This is the first in my restarted blog series in honor of #diverselit and #WeNeedDiverseBooks. For a number of years, I did a regular series of post, Books of Interest by Writers of Color. Last year, just as I was about to do a month’s intensive of that series in honor of the then-new #diverselit movement online, I went into a series of medical emergencies. Now, I’m back with all the authors and books I’d wanted to feature. 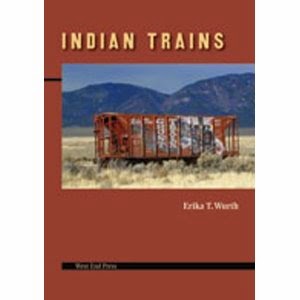 I first encountered Erika Wurth’s work in her book of poetry, Indian Trains (West End Press, ISBN 978-0-9753486-7-3), which I found a remarkably moving first book. Poems like “Time to Dance,” “Genocide Fists,” “Mama Don’t Let Your Quarterbreeds Grow Up to be Cowboys,” “You Didn’t Want a Dollar, You Wanted Me,” “Grandma Was a Beat Poet,” “How to Finance an Illusion,” and “Colfax Reservation Television” offer the reader a glimpse into lives full of wreckage, ironic humor, harsh truths, but also holding tenderness and hope. Using sharp imagery, sometimes biting and sometimes lyrical language, and nuggets of story at the heart of her people and herself, she creates a brave, intimate book about the urban mixed-bloods who make up 70 percent of the Indian population.

In “Time to Dance,” she sums up her hopes for her people with “I want our lives to be a fancydance, for every Indian to run straight into the imagination without stopping for a drink first.” In “Mama Don’t Let Your Quarterbreeds Grow Up to be Cowboys,” her lines are like a prophecy for her next great book, her novel Crazy Horse’s Girlfriend:
“They move, their muscles pulling tight, their
arms wearing secrets
Crazyhorse tattoos under their shirts, filled with
spirit, filled
with the knowledge of death, running always
with the horses” 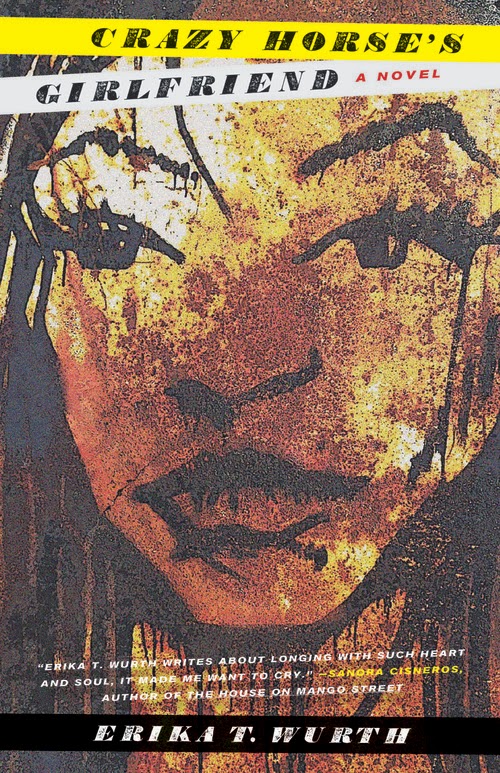 Wurth’s novel, Crazy Horse’s Girlfriend (Curbside Splendor Publishing, 978-1940430430), came out in September 2014. It’s an intense, gritty story of a sixteen-year-old mixed-blood Apache/Chickasaw/Cherokee/white girl living in poverty and hopelessness in a violent home on the outskirts of Denver who is determined to get out of that situation. Unfortunately, the ways she chooses—drug dealing and a sexual relationship with a “cool” loser—aren’t going to work to free her from her misery, especially after she becomes pregnant.

Wurth pulls the reader into Margaritte’s life and her surroundings with sharp, haunting images, tough, realistic dialogue, and emotionally troubling situations and conflicts. As Margritte struggles to survive and find a way to escape her fate and actually thrive, the reader despairs and hopes for her. This gripping narrative is raw and realistic, but Wurth always shows compassion for her underdog protagonist and the people surrounding her in the trap of poverty and dysfunction. Crazy Horse’s Girlfriend is serious medicine using visceral language, but for the strong of heart, it is an empathetic, passionate journey.

Wurth is one of the most promising among a bright crop of newer Native writers. Look for much more from her in both poetry and fiction.

Bio
Erika T. Wurth is Apache / Chickasaw / Cherokee and was raised on the outskirts of Denver. She teaches creative writing at Western Illinois University and was a writer-in-residence at the Institute of American Indian Arts. Her work has appeared or is forthcoming in numerous journals, including Boulevard, Fiction, Pembroke, Florida Review, Stand, Cimarron Review, The Cape Rock, Southern California Review and Drunken Boat.

As usual, I recommend that you buy books from the small presses or university presses that produce them as a way of supporting those necessary midwives of literature. The majority of #diverselit is brought out by these presses, and without them, the only diversity we would have in our literature would be the occasional Sherman Alexie or Louise Erdrich. Much as I love both of those writers, I also know they would be the first to tell you there are many more fine Indigenous writers out there who are published by less well-known presses.

The next installment in this series will be Marjorie Agosín’s marvelous new YA novel based on her own teen years having to flee the Pinochet regime in Chile.

Posted by Linda Rodriguez at 11:42 AM