Fiction on the Fringes and a Great Question

I spent much of last week on the way to, at, or on the way home from the mystery writers’ and readers’ conference, Killer Nashville. It was a great conference, but this isn’t my Killer Nashville post. I’ll post that one tomorrow over on The Stiletto Gang, one of the group blogs where I hang out. At the conferences, among other things, I was part of a panel called “Fiction on the Fringes: Writing about Other Cultures, Closed Societies, and Countercultures.”  It was a terrific mix of writers, Barti Kirchner, Rabbi Ilene Schneider, Jill Yesko, and our moderator, Stacy Allen. We joked among ourselves that we were just the writers no one knew what to do with, so they came up with this panel idea.

But it was actually a great topic, and as a panel, we presented a variety of views—Barti who moves back and forth as a writer between her birth culture in India and her adopted culture in the United States, Ilene writing about a female rabbi from her experience as one of the first eight women rabbis ordained in this country, Jill writing about a counterculture hacker with oppositional-defiance disorder, and me writing about a mixed-blood Cherokee cop in a university setting.

The audience was completely attentive and receptive, and at the end audience members asked thoughtful questions that led to a fantastic discussion and exchange that continued out at the book-signing tables. One member of the audience, however, asked a question that’s been rumbling around in my mind ever since. She pointed out that the world she lived in was highly multicultural. She worked among people from many different backgrounds and cultures. She lived in a neighborhood with many people from diverse cultural backgrounds. Yet when she opened a book—unless it was written by someone from a cultural background other than the Western European mainstream—it was populated almost entirely with characters from the Western European mainstream. Why, she asked, couldn’t the novels she read be as diverse in their characters as the world around her was? 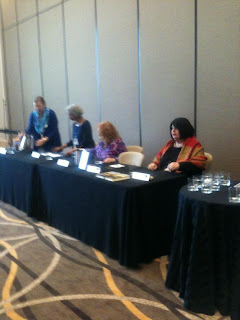 Others chimed in to agree. One audience member noted that a friend of hers who was a New York Times bestselling novelist routinely turned out one novel after another with all-white and middle-class casts of characters. Some people believed it was what publishers wanted. Others felt the writers who did this were just lazy. Some thought the majority of readers in the past preferred that homogenous line-up of characters, and publishers were simply slow in adjusting to new realities and readers who preferred a more realistic and diverse fictional world.

Finally, that original audience member posed a new but related question. As a writer who wanted to build a world as varied as that she lived in, she asked, how could she know enough about these other cultures to be certain she was getting it right and not using stereotypes, which can be too often what writers resort to when writing about cultures with which they are not truly familiar?

At this point, I had to point out that, if a writer wants to write about a culture, perhaps s/he should be hanging around with people from that culture, even becoming friends with some of them. Not because it’s useful to the writing, but because, if you want to write about a culture, you should appreciate that culture and the people in it, and if you appreciate them, you’ll become friends with them.  I always suggest that people look at Tony Hillerman as an example. He had lived around the Navajo and had friends among them long before he wrote about them, rather than the other way around of deciding to write about them and then heavy-handedly going among them wanting them to educate him about their culture. Even then, he checked and
rechecked things with his Navajo friends and tried to be sure he was being both accurate and respectful.

There’s still a split in the opinion in Indian Country, having to do with the appropriation of culture, whether he should or should not have written those novels, but the Navajo tribe awarded him an award as a Special Friend of the Navajo Nation. I’ve written about that controversy and the reasoning on both sides here. http://lindarodriguezwrites.blogspot.com/2012/04/literary-mystery-noveliststony.html  There’s also an interesting discussion in the comments on that topic.

This is a sensitive topic with many cultures, but in the U.S. it’s especially so with Native American nations because so many European-American folklorists and anthropologists swooped in and interviewed one person over a limited time, often taking things out of context (or just getting them dead wrong) in efforts to make their own academic reputations and careers. These misunderstandings and inaccuracies have fed stereotypes that still inflict damage even today. The tribes have become leery, with reason, of outsiders who come to them wanting to know the secrets of their cultures for their own purposes. 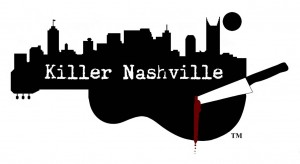 My questioner then pointed out that she did have friends among the culture she wanted to write about, but was unsure whether she should ask them for help. I suggested that, under those circumstances, she might want to talk to her friends to see if they would be willing to help her immerse herself more in the culture and/or warn her when she was veering away from the actuality of their world in her writing.

It was a self-selected audience, of course—a group of people who chose to attend a panel called Fiction on the Fringes—but I was heartened at the deep interest in reading and writing novels that more truly reflect the rich diversity of cultures within this country. How do you feel about my questioner’s first question? Should the books we read reflect the diversity that surrounds us? Perhaps another reason they don’t is because some writers live in situations where they don’t see much of that diversity. (We often tend to be people who burrow into our caves and don’t see many others until we’re forced out, blinking, into the larger world to promote our books.) Certainly one of the advantages of attending conferences like Killer Nashville is the wide variety of panels that lead us to consider issues like this.

Posted by Linda Rodriguez at 4:14 PM