Why It Matters That Richard Blanco Was The Inaugural Poet 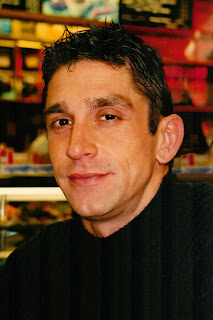 Today everyone heard a friend of mine, Richard Blanco, read his wonderful poem, “One Today,” at President Barack Obama’s second inauguration. I was and am wildly excited and thrilled. The night his selection was first made public, I was shouting and doing the happy dance in my living room. Not just because he’s my friend, however. Richard is a grand poet who wrote a truly inspiring poem and is totally deserving of this accolade.

I first met Richard at the Macondo Writers Workshop in San Antonio, Texas. We were in a small, intense workshop of remarkable writers led with great warmth and humility by two legendary women, poet/memoirist Marjorie Agosín and anthropologist/memoirist Ruth Behar. We read, appreciated, and critiqued each other’s work with fierce honesty and serious intent to help each other become the best we could be. Under such arduous circumstances, weaknesses and flaws in character show up quickly. Yet I came away with tremendous respect for Richard’s work and for him as a person of generosity and kindness. Through the years, that affectionate respect has only grown.

I’d already had one friend as an inaugural poet—Miller Williams, who was the inaugural poet for President Bill Clinton’s second inauguration. Miller is a fine poet and also deserved the tribute. As a poet myself, I’m always thrilled when a president chooses to have an inaugural poet. There have only been five of them. It’s seldom a given that poetry will be a part of this national celebration. In fact, poetry is all too often considered irrelevant to the important issues of the time that are celebrated at the inaugurations. And of course, I’m always joyful to see one of my friends awarded such a signal honor. But that’s not the most important reason I’m happy about Richard’s selection. 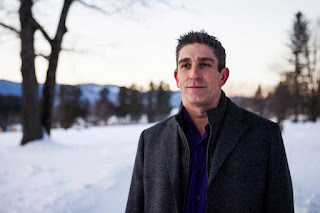 Richard is the first Latino, the first immigrant, and the first openly gay poet to be selected to write an occasional poem for a presidential inauguration. In a country where Latinos, immigrants, and gay people are seldom truly valued or respected in the public discourse and in the highest cultural and artistic circles, this is a groundbreaking choice. In a country where the national poet laureate (selected by those who sit at the top of the echelons of literary power) is usually a middle-class white man who’s gone to certain schools and studied with certain people and won certain prizes or certain opportunities, where the poet laureate is seldom a woman and only very rarely African American and never Latino or Native American—in that country, it’s a very big deal to name a gay, immigrant Latino citizen as the inaugural poet.

However, it’s no good to just name anyone immigrant or Latino or openly gay to write a poem for the inauguration. This is a national post for a national occasion, and it requires someone of stature and gifts to meet that kind of challenge. It would have been far too easy for the inauguration staff to overlook talent and the quality of the poetry in handing out this appointment to just anyone who’s had a poem or two published and would meet the symbolic standards of demonstrated inclusion they were trying to meet. Fortunately, that was not what happened. Richard Blanco is a truly gifted, hard-working, and respected professional poet whose first two books, City of a Hundred Fires (University of Pittsburgh Press) and Directions to the Beach of the Dead (University of Arizona Press), won major national awards, the Agnes Starrett Poetry Prize and the PEN Beyond the Margins Award, and whose third book, Looking for the Gulf Motel (University of Pittsburgh Press), has just been published to critical praise. 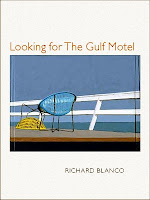 Richard’s poem, “One Today,” was the perfect Whitmanesque journey through this entire country in the course of one day, stressing the things we have in common, the things we all share, the personal history we all have experienced one way or another. He ended on these lines that sent chills through many of us listening.

I know some members of the academic poetry community out there have already started picking away—just as they did immediately after Miller Williams, Maya Angelou, and Elizabeth Alexander. (I don’t think they were so established in Robert Frost’s time, but I believe even he had some petty criticisms aimed at him.) This is pretty typical in po-biz, but those who aren’t familiar with the field won’t know that the backbiting and faultfinding come with the territory. Some just hate the idea of Richard being chosen for this and are determined to find something wrong—if only that he didn’t write it (or read it, for God’s sake) the way they would have themselves. Poetry is much bigger and grander than the small, cramped thing they would make of it.

To them, I say this. There are many who don’t think poetry matters in this world and that it has no place in our public life. It is still relatively rare to have a poet invited to participate in this ceremony. When it was first suggested to John F. Kennedy that he ask Frost to write and read a poem at his inauguration, he initially liked the idea. Then, he turned reluctant, telling staff that he worried that the poet’s work would outshine his own speech. This concern, along with the need to play to the part of the electorate who scorn all the arts but for some reason especially poetry, helps to make a poet at the inauguration a rarity. In fact, in his review of Richard’s poem in the Los Angeles Times inauguration coverage, Hector Tobar said:


“One expects the reviews of Obama’s speech will be as varied as the political opinions of those who heard it. To this ear, it often drifted into territory that might have been more appropriate to the State of a Union address he has to deliver next month. But Blanco’s poem was a reminder of why so many presidents have resisted the idea of having an inaugural poem — the fear that the professional wordsmith’s lines will somehow outshine the politician’s.”


This needed to be a poem that would be accessible to all the people out there and yet still be a good poem, an excellent piece of art. Richard accomplished that beautifully. The more you complain about it because it wasn’t you or one of your friends up there, the easier it is for the politicians and bureaucrats to say, “Right. No poem next time. Too much trouble, these damn poets. Not worth it.” You play right into the hands of the know-nothings and the reactionaries of the anti-art crowd.

And this poet, for one, says, “Thank you, Richard Blanco, for giving us this brilliant poem and for reflecting ‘My face, your face, millions of faces in morning’s mirrors’.”

Click here to read more about Richard’s books and buy them.

Posted by Linda Rodriguez at 12:12 AM