Following a Character into a Book 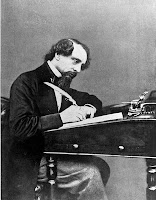 Lately, I’ve been intensely writing a new book. That’s a fairly common thing around here. Several times a year I follow a character into a short story or book. After the first draft is finished, I still refer to the much more I know about that character from writing that first draft as I revise and edit and edit, still following those characters as I chip away whatever doesn’t matter to them or what doesn’t fit. In a way, you could say that I spend most of my professional time chasing after characters, and you’d be correct.

Some people have the idea that plot is the be-all and end-all of the mystery writer, but I see it as story. I can write a book based on a clever plot with all kinds of surprises and twists, but if the reader doesn’t care about the characters or if the actions taking place don’t ring true for the characters, it’s no good. And yes, I know there are books like this that are published and sometimes very successful, but I still think it’s really story we need in the mystery, a story where the actions rise organically out of the characters and their motivations, where we care about the characters and what they’re trying to do because we know why it’s so important to them to succeed in their attempts.

When I’m looking for story, I start with character. As I start to know that character better, she or he leads me directly into story. A nice complex, twisty narrative with surprises and suspense comes from following all the major characters as they lead me on their path toward their goals in the story and come into conflict with each other or help each other or, sometimes, both.


When I run into problems with story as I’m writing a book, I go back to the characters involved with the aspect of the story that’s giving me a hard time. I sit down and have them write their situation, feelings, and problems with the story’s direction in first person as if they were writing diary entries or letters to me to tell me why they won’t do what I think they should do. Always I find that there’s something I’ve overlooked with that/those character(s). I’ve been trying to steer the plot in a direction that’s false to the character(s), and I have to learn more about each character in order to find out the direction the story needs to go. 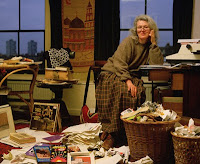 I’ve always been glad I take the time to do this, even as I whine about taking that time in the middle of a book with a deadline facing me. Often it leads to big changes—once I even had to change the villain into a possible love interest—but it always makes for a stronger, more vital story. And that’s what I’m after.


Right now, I’m chasing another set of characters into a book that I’ve tentatively set up to go one way, but I know that, as I get deeper into this story following these characters, I may find we’ve gone a different way into a whole different and much richer story. It’s the ultimate adventure, following a character into a book.

Posted by Linda Rodriguez at 5:44 PM