Rosemary Harris is offering a free copy of Slugfest to someone who comments on this post. Post your comment with a valid email to be entered in the contest.

Harris has been going strong ever since. Her books offer an irrepressible heroine, sharp social commentary, quirky characters, smart plotting, and witty prose. The trade paperback version of Slugfest, her fourth book, was recently released.

After several careers in book retailing (Waldenbooks), publishing (Crown Publishers), direct marketing (American Express Travel Related Services), and video/television/public television (WNET, ABC, Kultur, Winstar), Rosemary traded in her pumps for a yellow legal pad and a stack of pencils and started writing. A small item in the New York Times about a mummified body piqued her interest and subsequent research led to her first book, the Agatha and Anthony-nominated, Pushing Up Daisies, the first title in the Dirty Business mystery series from Minotaur Books. Daisies was followed by The Big Dirt Nap, Dead Head and Slugfest.

“I love my heroine, Paula Holliday. People always ask how much of me is in Paula – some, but of course she’s the younger, thinner, more adventurous version of me. And she’s single…she can have more romances than I can!”

When she’s not writing or gardening, Rosemary finds time for kayaking and hiking; at last count she’s visited over 70 national parks, monuments, and recreation areas, but her favorites are Yosemite, Glacier and Canyonlands. 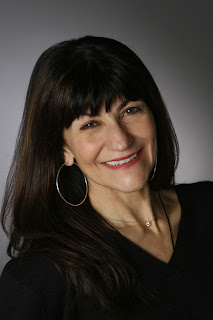 Something else that’s near and dear to her heart is Habitat for Humanity. Habitat’s goal is to improve substandard housing for people all over the world. If you are not familiar with them, please visit the Habitat for Humanity Web site. As of this writing, Rosemary has been on six Habitat builds, including China, Tanzania, El Salvador, two trips to Mexico, and two trips to post-Katrina New Orleans. She encourages everyone to support this amazing organization, both financially and through volunteering.

Inspired by her Habitat experiences, Rosemary and her husband Bruce have undertaken another very exciting project, building a library in central Tanzania. Visit the Chalula Library Page on her website to learn more about it.

For those new to your series, can you describe the Dirty Business mysteries?

It's a traditional mystery series featuring an amateur sleuth named Paula Holliday, who happens to be a gardener.

How would you describe Slugfest to someone who has not read any of your previous novels?

Set in the chaotic, neurotic and in this case, homicidal world of trade shows, Slugfest is a funny, behind the scenes look at some of the less than genteel characters at a legendary flower show.

What sparked the idea for Slugfest?

I've been a volunteer at the Philadelphia Flower Show for over a decade and although I - happily - haven't witnessed any murders, I have seen some pretty strange behavior and I thought it was a perfect setting for a mystery.

Why did you start writing gardening mysteries? Did your own extensive gardens play apart in that decision?

I never thought I WAS writing garden mysteries! A body was found not far from my home in Connecticut and when I did some research I thought it would make a good story. It was natural for me to have my heroine be a gardener since 1) it's helpful if your amateur sleuth  has a job that throws her into contact with lots of different types of people - from the day laborers to the "ladies who lunch" and 2) when you garden in the northeast you can really only do it six months out of the year - so she has plenty of free time to solve crimes.

I have no typical days . Ever. All I can say is that I write with a pencil on a yellow legal pad (and I've done it everywhere from a tent in Yosemite to a ferry out of Dar es Salaam.) Eventually I enter it all on the computer and rewrite for as long as they let me.

My husband and I - with the help of many generous friends have built a library in Tanzania and we go there every year or so to visit. I've cleared another 1/4 acre of woods on my property so I'm slowly building the new garden which is anchored by shade-loving, flowering shrubs. And, oh yes, the WIP. Still IP, but hope to have finished this summer. It's not a Paula Holliday book and may not even be a mystery...

How long have you been writing?

Of course one's work and experience influences everything. I tend to put a lot of humor in my writing - but I see the humor in a lot of things. I sometimes think if I'd never seen that tiny article about the body that was found I'd never have done any of this. That's what I get for reading the New York Times!

You recently brought out Slugfest as a paperback yourself? What did you learn in the process? Will you self-publish more books?

Rosemary will check in periodically to respond to comments and questions. Leave a comment for a chance at your own copy of Slugfest.
Posted by Linda Rodriguez at 9:41 AM