Readers of this blog and the Literary Mystery Novelists series will be familiar with Paul Doiron since I featured an interview with him on this blog after his first novel, The Poacher’s Son, was published to rave reviews and a swarm of award nominations. So for information about this author beyond the short bio given here, check that out.

Paul Doiron’s third mystery novel featuring Maine game warden Mike Bowditch offers the virtues readers of this series have come to expect from the author—evocative descriptions of Maine’s rough terrain, an appealing yet troubled young protagonist, nail-biting suspense, and some of the less-picturesque social problems of the state’s remoter areas.

Mike Bowditch is exiled to the most isolated and undesirable outpost on the Canadian border for the Maine Wardens Service due to his having embarrassed the powers-that-be in the two earlier books in the series, The Poacher’s Son and Trespasser. In his new home territory, his strict interpretation of the law immediately stirs up hostility from local wrongdoers who nail a coyote pelt to his trailer door as a warning and a sinister reminder that wardens were killed in this locale in an uprising against game wardens in the 1880s.

Mike’s supervisor seems as hostile as the community surrounding him. The only human connections he manages to make are with the local veterinarian and a beautiful woman with a gifted but troubled young son. When a deadly blizzard shuts down the whole area, Mike is called to a secluded cabin where a half-frozen man has appeared out of the night, deliriously claiming his friend is lost in the blinding snowstorm. The rescue mission finds a violent drug dealer murdered, and Mike is unable to just assume that the frozen friend killed him as the state police claim.

As the beautiful woman and her strange, gifted son grow important to Mike, he realizes that they, especially the boy, who keeps a secret notebook/journal, are also involved in some way. Under constant attack himself, Mike sees himself when young in the boy and, fearing for the child’s safety, tries to protect him from a hostile environment full of feuding smugglers and drug dealers.

Doiron uses his gift for language that evokes the environment surrounding his characters to make this northernmost part of Maine another character within the book. As usual, his plot is complicated and full of suspense and surprising twists, and his characters are multifaceted and well-drawn, making sometimes questionable choices due to unfortunate relationships. One of the real pleasures of Bad Little Falls is watching the development of Mike Bowditch. In the first books in the series, Mike was likable, but self-destructively impulsive with severe anger issues. In this book, he has the same problems, but he’s seriously trying to control them, not always successfully. Doiron offers a very realistic portrait of an engaging and troubled young man who is slowly and painfully maturing.

Doiron’s first two books have received much critical praise justifiably, but this one tops them in the quality of its writing, plotting, and characterization. Expect more praise and award nominations for this gifted author. 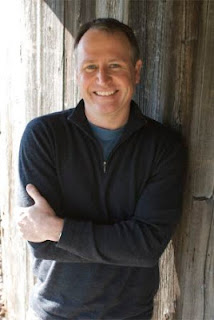 Paul Doiron is the author of the Mike Bowditch series of crime novels, including The Poacher's Son, which won the Barry Award for Best First Novel and the Strand Critics Award for Best First Novel and has been nominated for an Edgar Award, an Anthony Award, a Macavity Award, and a Thriller Award for Best First Novel, and the Maine Literary Award for "Best Fiction of 2010." His second book in the Mike Bowditch series, Trespasser, won the Maine Literary Award for crime fiction, was an American Booksellers Association Indie Bestseller and has been called a "masterpiece of high-octane narrative" by Booklist. The Poacher's Son received starred reviews from Publishers Weekly, Booklist, Kirkus Reviews, and Library Journal, and Trespasser received starred reviews from Booklist and Library Journal. Bad Little Falls received a starred and boxed review from Publishers Weekly.

Doiron is the editor in chief of Down East: The Magazine of Maine, Down East Books, and DownEast.com. A native of Maine, he attended Yale University, where he graduated with a degree in English, and he holds an MFA in creative writing from Emerson College. Paul is a Registered Maine Guide specializing in fly fishing and outdoor recreation and lives on a trout stream in coastal Maine.

Posted by Linda Rodriguez at 11:12 AM