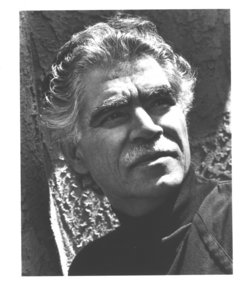 Anaya is considered one of the principal founders of the Chicano literature movement. Not only the author of
30+ books of fiction, nonfiction, poetry, and children’s and 10+ anthologies, he is the recipient of a long list of awards, including two NEA Fellowships, a W. K. Kellogg Fellowship, The Before Columbus Foundation American Book Award, PEN Center USA West Freedom to Write Award, the Mexican Medal of Friendship, Award for Achievement in Chicano Literature, the National Medal of Arts, and five honorary doctorates. He won the PEN Center USA West Award for Alburquerque.
In addition, he has worked from his earliest days to open doors for other Chicano/Latino authors. He has edited a number of anthologies showcasing the work of younger Chicano authors and founded Rio Grande Writers Association, an organization to support and encourage Chicano writers and those who publish and teach their work. Anaya has mentored many newer writers to this day and continues to do so.
In all of Anaya's work, he is concerned with Chicano mysticism and mythology, which combines pre-Christian beliefs with elements of traditional Catholicism, and with the relationship of humans to nature. He also focuses on the clash of cultures that occurs in New Mexico between the dominant Anglo society and the Mexican and Indian peoples the Anglos found when they took possession of this land.
Once again, Anaya brings his lush and lyrical style and his characteristic myth-making and mysticism and concern with the sacredness of nature to bear on a story of a man seeking the spiritual connection he's lost with the help of a female curandera figure and of spirits and naguals. Anaya is a cultural and literary treasure, and we are lucky to have him telling us stories of the heart and of the spirit.
Posted by Linda Rodriguez at 12:13 AM