Books of Interest by Writers of Color--Luis Alberto Urrea

I started this blog series as a service to all the people, many of them librarians and teachers, who wanted to know about talented writers of color beyond the ubiquitous ultra-famous writers, such as Sandra Cisneros and Toni Morrison, the established writers that everyone knows about. In recent months, however, I have come to realize that, with the exception of those two fabulous and famous writers and a few others, such as Alice Walker, even the established writers of color, those with big publishers and major awards, are too often unknown to literate, educated people who aren't in the literary game. This came as a shock to me, but of course, books and literature have been my life for most of my life.

Consequently, I'll be stopping now and then to look at a writer everyone should know but may not. Since I recently did a "creative conversation" with Luis Alberto Urrea at the 20th annual Alliance of Artists Communities national conference, I decided to start with him--because we had such fun together and such a wonderful reception, because he has a major new book coming out this month, and because Urrea is definitely one of the writers everyone should know. 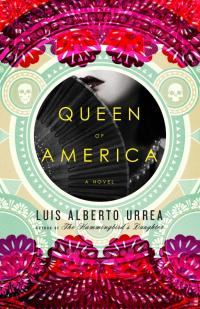 Urrea writes with the lyrical language of a poet, even when he writes hard-hitting investigative nonfiction about the broken immigration system and the tug-of-war that is modern border policy. His impeccably researched historical novels about Teresita Urrea, the Saint of Cabora and Mexican Joan of Arc, have been described by critics as magic realism as a convenient classification, but it is really the lyricism of the poet applied to the novel that leads them to this label--and his obsession with transformation, which can be found in all of his writing. I find myself wondering what label they will give the novel he is currently working on about his white East Coast ancestors.


Here is the link to pre-order Queen of America, the second of those books about Teresita, one of Urrea's own ancestors. I've linked to Indiebound so you can pre-order from independent bookstores. 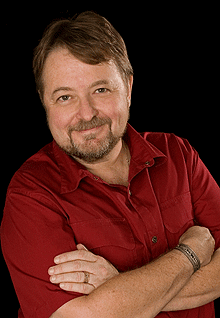 Luis Alberto Urrea, born in Tijuana to a Mexican father and American mother, is the author of 15 books of poetry, fiction, and nonfiction. Urrea has been named to the Latino Literature Hall of Fame, been a finalist for the Pulitzer Prize, won the American Book Award, the Lannan Literary Award, the Kiriyama Prize, the Christopher Award, the Colorado Book Award in Poetry, and even the mystery field's highest award, the Edgar. The Devil's Highway has been optioned for a movie.

Nonfiction
Across the wire: life and hard times on the Mexican border (Anchor Books)
By the Lake of Sleeping Children (Anchor Books)
The Devil's Highway (Little, Brown, and Company)

Posted by Linda Rodriguez at 1:15 PM