Ferguson—What Kind of a Nation Do We Choose to Be? 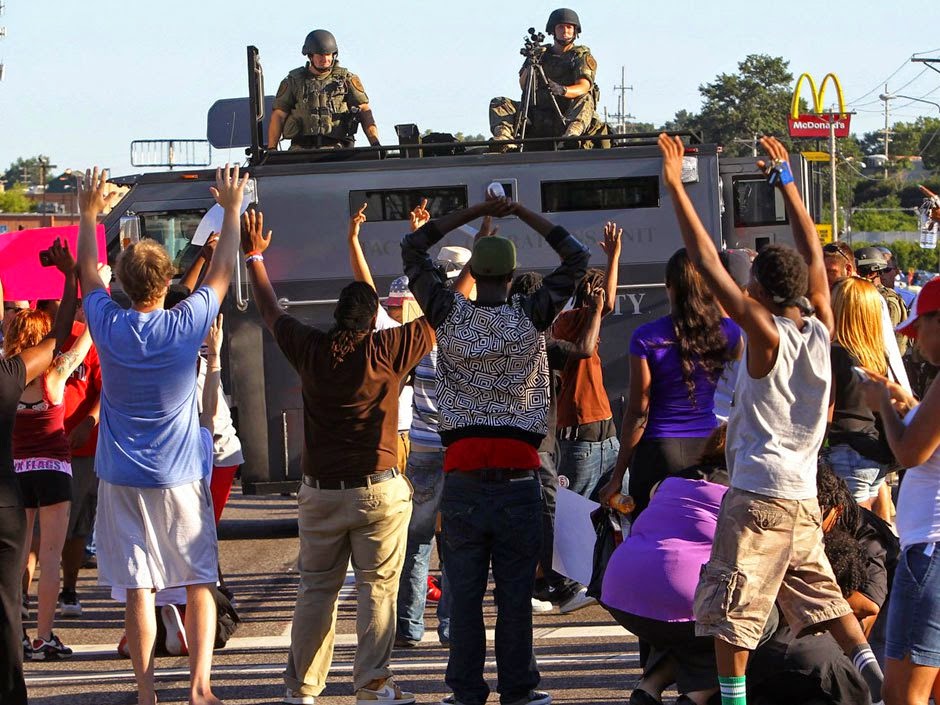 I have been watching events unfold in Ferguson, Missouri, the past few days, as has the world. I know that troubled suburb of St. Louis, have a friend who recently moved there, have driven past or through it many times.  Ferguson and St. Louis occupy the northeastern corner of Missouri a straight shot across the state on I-70 from where I live in a similar area of Kansas City in the northwestern corner of the state.


I live on the “wrong” side of Troost Avenue in Kansas City, the poor side, the dark side, of this street that divides this city, racially and socioeconomically. The people in my neighborhood and the neighborhoods around us were suffering severely for at least three years before the economic crisis hit the stock market and was finally declared. It seems we only worry about the economy when it adversely affects the well-off. What does that say about us as a country?


Where I live is similar to Ferguson where Michael Brown was killed, a street with a strip of businesses surrounded by working-class homes on all sides. I know what it’s like to have a SWAT team pull up and cordon off my neighborhood and block my driveway while armored and assault-weapon-armed men sweep through our backyard because of something that happened at a business up on Troost. I can imagine the plight of the people who are being teargassed in their own driveways and yards because they just happen to live where something happened. That’s something I think people forget.  It’s mostly homes around there. Many of those people gathered around the body of Michael Brown when the police came in so hard and heavy that first day with guns and dogs were actually standing in their own or their neighbor’s yards. This is a whole community under siege by its own police force. 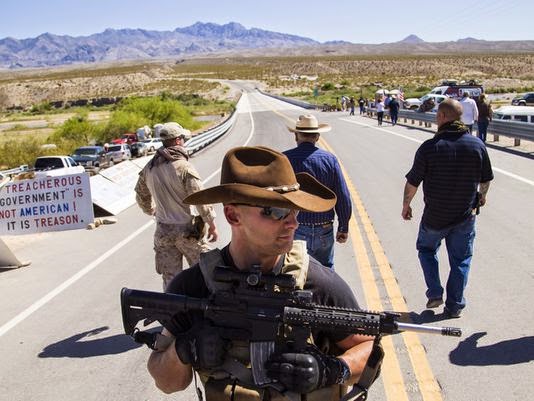 When the white men at the Bundy standoff, armed to the teeth, pointed loaded assault weapons at police and threatened them, no one shot them, and no one teargassed them. Apparently, that kind of behavior is saved for people of color in this country.


I remember the riots of the 1960s. More people would do well to remember them. If you’re not old enough or weren’t aware enough when they occurred, google them. And imagine them now, with the population in many cities much larger than it was then, with automatic weapons in the hands of much of the population, as they were not at that time. There is frustration, hopelessness, and anger of that immensity that is building in this country right now.


The riots of the 1960s were a wake-up call for the United States. As a country, we set up programs to deal with the poverty and hopelessness and racism that brought them about—programs that brought more people of color and people from poor backgrounds into the middle class than ever before, programs that brought medical care, nutritional care, education, job training and many other good things to what were essentially bad places to live one’s life.


In recent years, we’ve been dismantling the structure of safety-net services and programs that we set up after those riots, even as racism has become ever more overt and in-your-face in this country. Things have been peaceful through the decades of greed. No one’s been pitching bottles or breaking windows, though poor people and working-class people and people of color and women have been suffering. So we take—and take and take—from the poor and the working class and, now, even the middle class, and give it all to the wealthy and the corporations. We militarize our police forces and allow too many of them to think of the streets on which we live as a war zone in which they have the right to act as if they are an occupying army.  We allow racism, which had been forced underground at least, to rise up and blossom in front of us, on our television sets, in our state legislatures and governor’s mansions, in the United States Congress and Supreme Court. We don’t listen when people protest. The country turns its back.


My husband once knew someone who was writing a dissertation called “Violence Works.”  I’d like to think his friend’s analysis is wrong, but reality is slapping me in the face right now. People trying to peacefully protest a young man’s brutal death, with hands held high in the air, are teargassed and have their lives threatened by a police force that views them as enemy combatants.  If you look at the U.S.’s history, you’ll see plenty of proof of that dissertation’s thesis, as well. Basically, it is when people can’t take it any longer and erupt in violence that we, as a country, wake up and do something to improve the situation. Most of our social improvements have followed that chain of events. 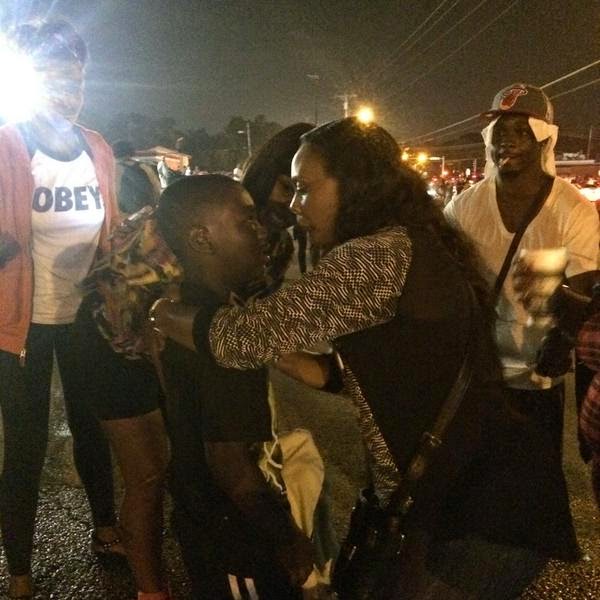 REPLY TO COMMENTS ( because Blogger):
Sara Sue, thank you. It's terrifying to see this. Everyone should read about all the militarization of police forces in this country and the attitudes their leadership publicly espouse about our neighborhood streets being a war zone. In a time when violent crime of all types has dropped to its lowest levels in decades, they are arming for battle and treating the citizens whose taxes pay their salaries as enemy combatants in an occupied territory.

Mary, thank you for reading it and thinking about it. What we need now is people who will stop reacting in a knee-jerk, visceral way and instead think seriously about these things.

Yes, Reine, and Fox News and their ilk were proclaiming outside agitators in the first hour after Brown's death. I think there are some people there now from both outside and from Ferguson itself who want to provoke conflict. Any time you set up a powder keg someone always seems to want to play the spark. But I know some folks from KC who drove across the state to support friends and relatives who were residents and were demonstrating and being treated abysmally. Someone in power needs to take control of the militarized police and ease back the intensity so negotiations can take place. Unfortunately, a number of drastically bad decisions have made that prospect look dim. When police force Amnesty International observers, who are wearing clearly identified shirts and are trying to leave with hands held high to show they're harmless after being told to leave or be arrested, to kneel on the ground for no reason other than to exert power, when a policemen aims his rifle at people with hands in the air and with obscenities threatens to kill them, etc., unfortunately etc., chances of peaceful outcomes look distant and unlikely.

Posted by Linda Rodriguez at 3:05 PM

Email ThisBlogThis!Share to TwitterShare to FacebookShare to Pinterest
Labels: #Ferguson