Sergio Troncoso—Books of Interest by Writers of Color 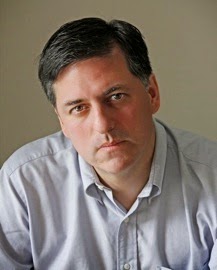 This is the second in a month-long series on #diverselit and #WeNeedDiverseBooks that I am offering as an addition to my long-running series, Books of Interest by Writers of Color.

Sergio Troncoso is one of the most interesting writers around. Author of essays, short fiction, and novels, Troncoso was born in El Paso, Texas, the son of Mexican immigrants who built their own house by hand with no running water or electricity in one of the poorest neighborhoods of the border city. He went on to graduate from Harvard and to study international relations and philosophy at Yale University where he now teaches as a resident faculty member of the Yale Writers’ Conference while living in Manhattan on the affluent West Side. That range of experience of communities from the poorest to the wealthiest informs and enriches his work, as does his extensive study in economics, politics, and literature. His writing is always intelligent and ambitious and often subversive. 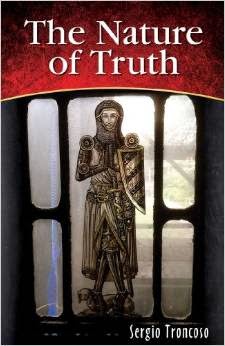 His two most recent books are examples of this range. Troncoso’s first novel, The Nature of Truth, was published in a new, revised and updated edition in 2014. Rigoberto Gonzalez reviewing it for The El Paso Times said, “Sergio Troncoso’s The Nature of Truth single-handedly redefines the Chicano novel and the literary thriller.” I found The Nature of Truth an interesting cross between literary novel of ideas and thriller. The hero learns his famous academic supervisor is possibly a Nazi war criminal, as well as a serial sexual harasser and seducer of young undergraduate women. Still, he can't seem to find a way to bring the esteemed scholar to justice because the older man is too slippery. What can or should an honest man do to enact justice? This is an extremely well-written, ambitious novel of thought and action filled with suspense. A real page turner and thought provoker. 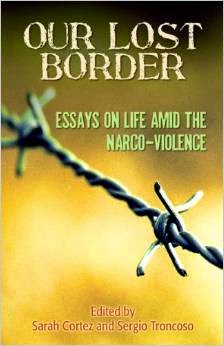 Troncoso also recently co-edited Our Lost Border: Essays on Life amid the Narco-Violence, a collection of essays on how the bi-national and bi-cultural existence along the United States-Mexico border has been disrupted by recent drug violence. Publishers Weekly called it an “eye-opening collection of essays.” The anthology won the Southwest Book Award and the International Latino Book Award. The authors featured in this collection are from the border areas of both Mexico and the United States, and the collection offers a multifaceted perspective on the infamous drug violence afflicting the border and the complicity of the United States and Mexico in creating and sustaining this monster.

I first encountered Troncoso’s work in his earlier collection of essays, Crossing Borders: Personal Essays, a luminous collection of thoughtful writing about his family’s battle with his wife’s breast cancer when their sons were toddlers, how their very different families reacted to this son of the Isleta barrio’s marriage to a daughter of upper-middle-class Jewish parents from New England, his own struggles with how to be a good father to his two sons and bring forward the strengths of his own upbringing without the drawbacks, among other fascinating topics. Lucid writing, rigorous self-examination, and a refusal to accept shibboleths without intensive questioning are hallmarks of this remarkable book.

He also has published a terrific autobiographical novel, From This Wicked Patch of Dust, which Kirkus Reviews named as one of the Best Books of 2012, and PEN/Texas shortlisted as the runner-up in its biannual Southwest Book Award for Fiction, while his first book, The Last Tortilla and Other Stories, won the Premio Aztlán Literary Prize and the Southwest Book Award.

Troncoso is a writer dealing with ambitious themes whose name should be much better known in American literary circles and is an example of the way so many writers of color doing high-quality creative work are too often shunted away from the mainstream of American literary critical attention because of assumptions that their work will simply not be worth the time to even consider. You will find links to buy all of his books on his website, where you will also find videos of talks, interviews, reviews, and his always-insightful blog. http://sergiotroncoso.com/

Posted by Linda Rodriguez at 10:13 AM