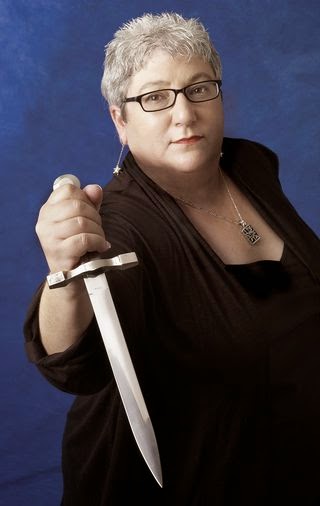 When Jeri Westerson asked me to contribute to a blog project on writing process, I agreed—primarily because I’m a big fan of Jeri as a writer of the critically acclaimed Crispin Guest medieval noir mysteries and as a person. Jeri has given of her time, money, and work to a whole slew of writers organizations, including heading local and regional MWA and SinC chapters at times. She’s also one of the nicest people in crime fiction, which is so surprisingly overstocked with really nice people. (I think they must get all their hostility out in their books, and that’s why they’re so agreeable and kind and generous.) I remember the opening night of my first Bouchercon at my publisher’s party (Jeri and I used to have the same publisher) where I knew no one except my publicist and publisher who were like flowers with all the writer-bees around them. I spent the evening chatting with this stranger, Jeri, who took me under her wing and was acerbically kind to me all evening. (I said she was nice—I never said she wasn’t witty, sarcastic, and adorably snarky.) 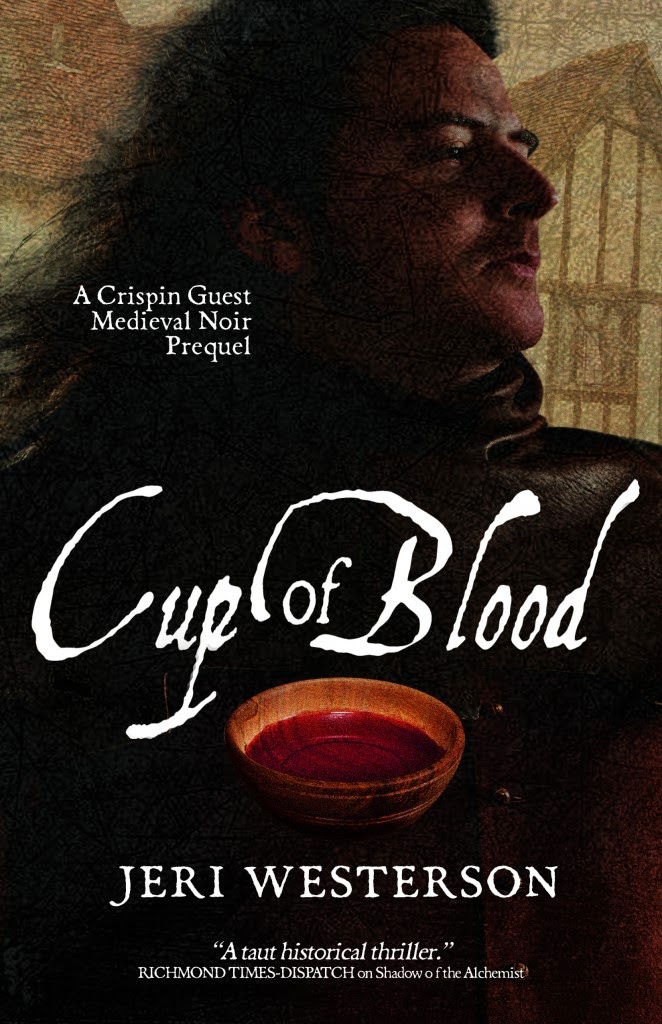 Jeri has a new book, Cup of Blood, in her Crispin Guest series coming out July 26th. Books in this series have routinely been finalists for all the big awards in crime fiction and received rave reviews from Publishers Weekly, Kirkus, Library Journal, and other book critics, so I expect great things of Cup of Blood. Jeri’s also beginning a new urban fantasy series with her forthcoming Booke of the Hidden, which ought to be a suspenseful, exciting book. You’ll find Jeri’s post on writing process and more information about her books and the most fascinating medieval things here. http://www.getting-medieval.com/my_weblog/2014/06/blog-hop-again.html


When I looked at the specific questions of this blog hop, I realized I’d answered some very similar questions for a different blog project about diversity in literature, so here’s the link to that post. http://lindarodriguezwrites.blogspot.com/2014/06/one-more-reason-why-we-need-diverse-lit.html  Aside from promoting my new Skeet Bannion mystery, Every Hidden Fear, I’ve been teaching an online class lately that’s prompted me to examine my creative process, so I’ll look at it through that lens. 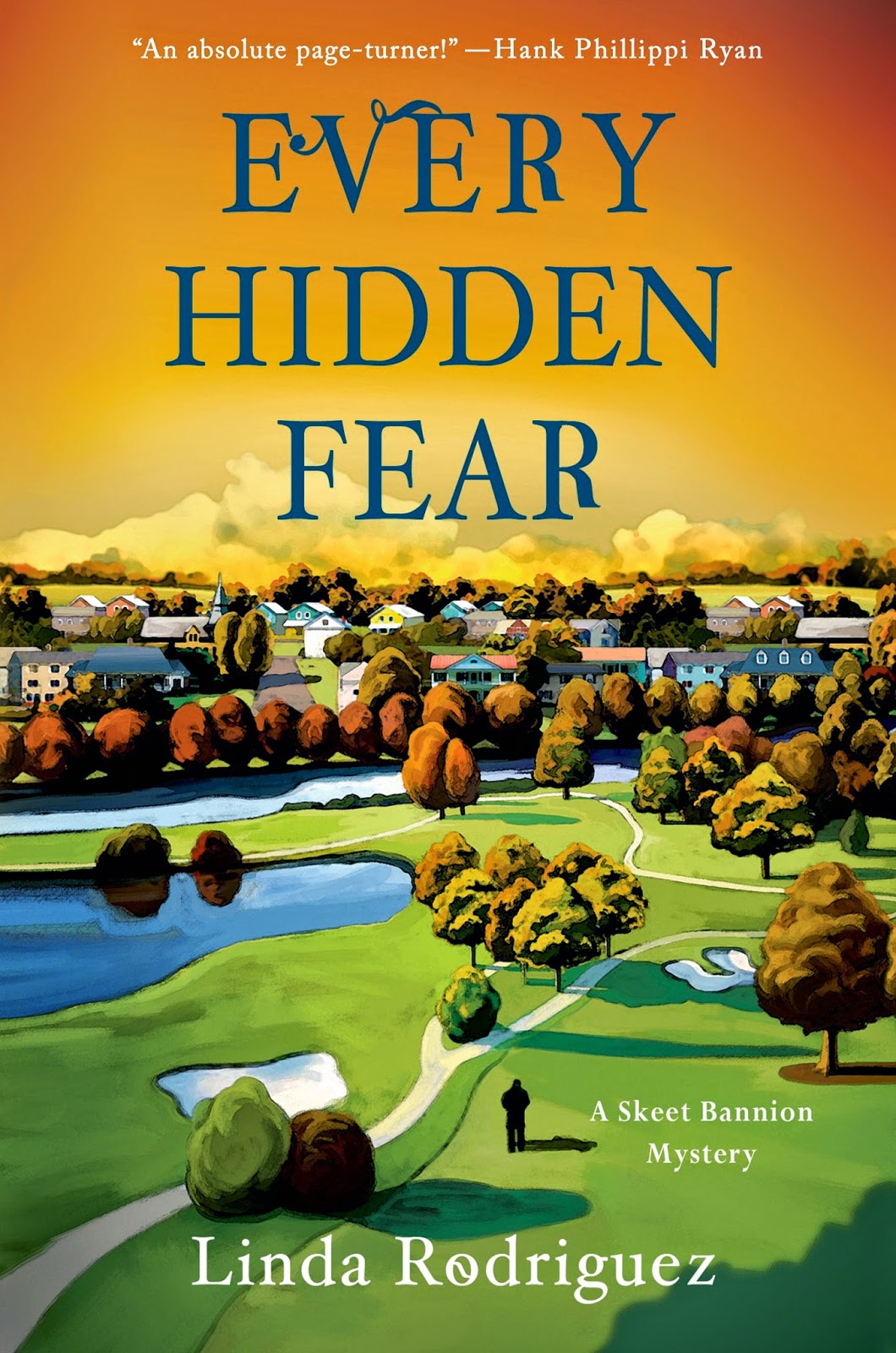 One of the first things people ask writers is do they outline their books. Aspiring writers ask if they are pantsers or plotters—do they wing the whole thing or do they outline in detail and follow that outline. I’m a hybrid. I write a loose, general outline for the first several chapters and a more detailed outline for the scene I’m about to write. When I write the first draft, I always end up veering from that outline. After writing, I’ll note the changes in the outline for use in revision. Then I’ll do a loose outline of the next few chapters, write, note changes, and repeat all the way through the first draft.

More important than whether I’m a plotter or a pantser, I am a confirmed reviser. I believe that good writing is rewriting. I make my books the best I can through the process of re-vision, seeing them as they are and as they could be, and then re-writing, making everything I’ve written more concise with more evocative images, more precise and telling details, greater suspense, and more concise and lucid prose.


I believe—and I teach—that there is no one right way to write a book. There’s only the way that works for you—with this book. Because it can and does change from book to book. You might write three good books using this mix of methods and feel you’ve finally learned to write a novel. Then, the fourth just won’t work with those methods, and you’re searching for what works all over again. Neil Gaiman as a young writer with a successful novel told revered sf/f writer Glenn Cook, “I think I’ve finally learned how to write a novel.” Cook replied, “You’ve only learned to write the novel you just wrote.” And Gaiman found that Cook was telling him the truth.


I came to the crime fiction field from the “literary” world, in which I still publish, and I have to shake my head and laugh when people in that field talk blithely to me about “the formula” we genre writers supposedly just fill out like a bureaucratic form. As if! The true formula we follow is much like Beckett’s. Try. Fail. Try again. Fail again. Fail harder.


If you’ve been following this blog trail, you’ve read about the ways many different writers work (and if you haven’t been, you can go to Jeri’s blog and track backward through the whole chain of writers). I thought I would ask someone a little different from a novelist to talk about her creative process, a professional storyteller. Written fiction evolved from storytelling, and I believe storytellers have a lot to share with those of us who tell our stories on the page. So I’ve tapped Mary Garrett, writer and storyteller.  Mary shared stories with her high school and junior high students at Francis Howell North High School and now tells stories at festivals, meetings and schools, including the Kansas City Storytelling Celebration, Texas, Timpanogos (Utah), O.O.P.S. (Ohio), and NSN (national) conferences, the St. Louis and St. Charles Storytelling Festivals, the Greater St. Louis Renaissance Faire, and others. You’ll find her blog here  http://storytellermary.wordpress.com/2014/06/08/writing-process-blog-hop/.

Mary, it's interesting to see how similar in many ways the process of writing fiction and storytelling are. Though storytelling seems to remain more fluid. Thanks for the view into the process.
Posted by Linda Rodriguez at 1:22 PM