A Poem for National Poetry Month 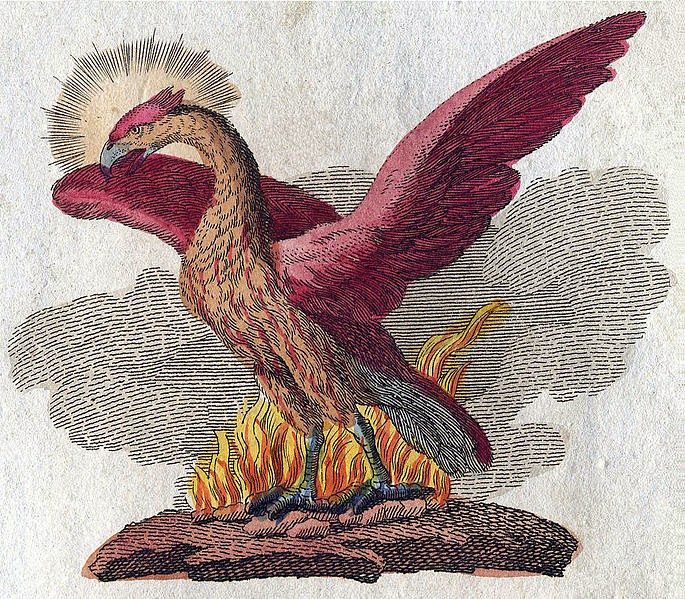 
and leaves only the ashes of her old self


behind. She plunges into the dark


future from the glare of her funeral pyre


that brightens the sky of her past


for miles and years and leaves a legend


told to generations of children


of a vast golden one whose gleaming


body rose from the burning corpse,


blotting out the moon


with huge wings beating against


the burning air to lift the dead


ground to the living night sky and fly


through the moon to a new place


with new people where she could be


in transit, her wings already disappearing.


Now she can only crawl


into and out of shallow holes


in the ground of this new life.


Still, the wise avoid trampling her


she drags death behind her.

Just finished the last of a bunch of grant applications. Tomorrow on this blog, Effigies II, a new anthology of poetry by Indigenous women edited by Allison Hedge Coke.

Reine, I'm sorry to be late responding to your lovely comment, but I lost internet right after posting this and have only just gotten it back. I'm glad the poem resonated with you. xoxo
Posted by Linda Rodriguez at 11:31 AM