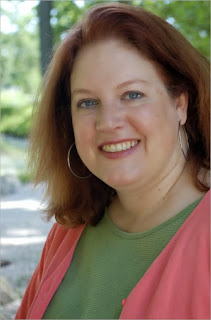 Award-winning, bestselling Julia Spencer-Fleming’s eighth book, Through the Evil Days, will be published November 5th and is now available for pre-order. This is an exciting event for her many fans who have been waiting eagerly for this book. The goal of this blog series, Literary Mystery Novelists, is to introduce my blog readers who read primarily literary fiction to mystery writers who write wonderful literary novels that are marketed as mysteries, and Spencer-Fleming, who has won or been a finalist for all of the major awards in mystery, is one of the primary examples of that crossover. Therefore, today I’ll introduce my readers to Spencer-Fleming’s stellar career, and then Thursday, I’ll review this newest book, Through the Evil Days.


Spencer-Fleming has won the Agatha, Anthony, Macavity, Dilys, Barry, Nero Wolfe, and Gumshoe Awards and has been an Edgar and Romantic Times RC Award finalist. Her books have routinely garnered high critical praise from the New York Times, the Chicago Tribune, the L.A. Times, the Washington Post, Publishers Weekly, Booklist, Kirkus, and other major review outlets.

Spencer-Fleming burst on the mystery scene with In the Bleak Midwinter, her first novel in the Clare Fergusson and Russ Van Alstine mystery series which won the initial St. Martin’s Press/Malice Domestic Best First Traditional Mystery Novel Competition over 230+ competing entries. Her books are set in small town, Millers Kill, and the surrounding countryside of upstate New York. She says, “That part of New York, where poor farms and Saratoga money and the mountains all come together, has always held a bone-deep fascination for me.” Her series features Clare Fergusson, former Army combat helicopter pilot turned Episcopalian priest in her first parish, and Russ Van Alstine, longtime Millers Kill police chief and former military policeman. 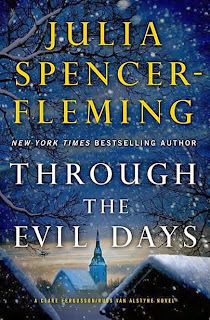 Spencer-Fleming’s characters are beautifully drawn real human beings, and in these books, the countryside including and around Millers Kill becomes another character with its long, devastating winters where the ice, snow, and cold make everything more difficult and can all too easily kill. “You realize how snow and ice can rule your life,” Spencer-Fleming says. “The weather, like any well-written villain, is both fascinating and deadly.”

Her lyrical prose helps to bring to life the densely textured world of her books, and her complex plots grow out of her characters’ needs, obsessions, fears, and secrets in a satisfyingly organic manner. Her books are always deeply moving as they examine thorny issues of modern American life, such as what our current wars waged on the cheap are doing to the soldiers who shoulder the burden, what drives undocumented migrant farmworkers and the many mom-and-pop farms that hire them for peanuts, what happens when environmentalists bent on saving the pristine wilderness battle large timber corporations and small local businesses are caught between, and many more. Yet, subtle humor threads its way through all of the books, no matter how serious their issues.

The New York Times Book Review has said of her writing, “Julia Spencer-Fleming… brings new airs and graces to the traditional small-town mystery.” Repeatedly, reviewers have noted that Spencer-Fleming’s books are as intelligent as they are suspenseful and enthralling. She brings all the strengths of the mystery genre—great suspense, complicated plot twists, and narrative drive—together with the devotion to well-drawn characters and a perceptive, lyrical prose style to create masterful novels.

To learn more about Spencer-Fleming or her books, check out her website. http://www.juliaspencerfleming.com/  She also blogs at the wonderful, witty group blog Jungle Red Writers http://www.jungleredwriters.com/  Spencer-Fleming can also be found on Facebook https://www.facebook.com/pages/Julia-Spencer-Fleming/177457288939862  and on Twitter https://twitter.com/JSpencerFleming

And check back here Thursday for my review of her forthcoming book, Through the Evil Days.

NOTE: Blogger still won't let me comment on my own posts (though I can comment on other Blogger blogs--go figure!). I'm still trying to correct this problem. Therefore, please be aware that I may not be able to respond to your comments right away. *sigh*
Posted by Linda Rodriguez at 12:04 PM