Last year, I interviewed and profiled Kathleen George on this blog as part of my ongoing Literary Mystery Novelists series. Read it here. 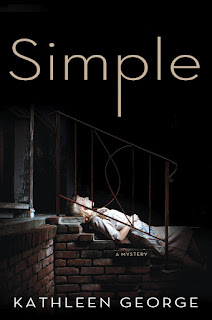 Cassie Price, a beautiful, smart young woman working as a paralegal with the prestigious Connolly law firm before starting law school, gets involved in an affair with her boss, Michael Connolly, who is about to be named Republican gubernatorial candidate. Todd Simon, Michael’s handler, is ordered by the party to make sure Cassie will never become an embarrassment to Michael’s campaign. He gets her drunk and tries to seduce her himself. When that fails, Cassie’s fate is sealed.

Two detectives on the Homicide Squad who haven’t had a high-profile case in years are called to the murder of the young paralegal while Christie is returning early from vacation with his wife and children. In an effort to close the case successfully and early, the detectives pressure Cal Hathaway, the local handyman who found the body, into a confession. Deaf in one ear and mildly brain damaged from a vicious attack when a child, Cal is thrown into jail like a minnow into a shark tank. Upon seeing the taped confession and interviewing Cal in jail, Christie insists that the Homicide Squad make a more thorough investigation. This leads to bristly defensiveness on the part of the team that obtained the confession while the Homicide Squad is already tense over the romance developing between Greer and her partner Detective John Potocki. 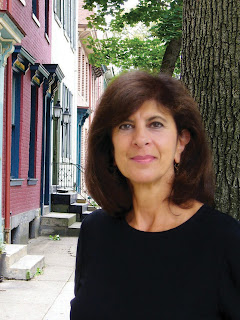 Michael Connolly, the political golden boy, is emotionally crushed by the strangling of his young mistress and the arrest of Cal, the son of Michael’s beloved housekeeper. He soon begins to suspect Simon of the murder but lacks the will to confront him. The case quickly becomes a contest between Simon’s clever plotting and Christie and his squad’s methodical unraveling with the fates of innocent, vulnerable Cal and wealthy, charismatic Michael at stake.

This thriller offers the reader the fully realized characters, intricate plot, and accomplished prose that are George’s strong points, but it also uses powerful, telling detail to offer a subtle interrogation of power and class in American society and the collision of our political ideals with our political realities. The subtlety and assurance of this richly realized portrait of American politics sets Simple above the usual police procedural.

KATHLEEN GEORGE is the author of The Odds, which was nominated in 2010 for the Edgar for Best Novel. She is also the editor of the short story collection Pittsburgh Noir. A professor of theatre at the University of Pittsburgh, she and her husband live in Pittsburgh, Pennsylvania.

Next up is a new post in the Books of Interest by Writers of Color series. Also, I'm guest-blogging on Molly Greene's blog today, talking about putting a little malice in your life. Come join in the conversation.
Posted by Linda Rodriguez at 9:25 AM