Thoughts on Hunger, Poverty, and Violence at Thanksgiving 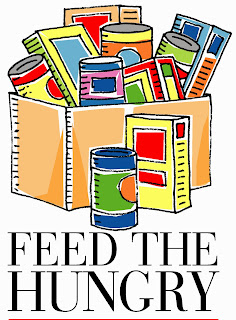 This Thanksgiving I encourage everyone to give as generously as they can to their local food banks. With the economy the way it has been for years now, local food banks have been strapped, often running out of food to give to families in need long before the end of each month. Now, with the millions who’ve been thrown off food stamps added to their constituencies, food banks are the only thing between stark hunger and many families with elders and/or children and families of actively serving members of the military. Food banks are stretched way beyond what they can do.

I keep hearing how the economy is growing stronger, and the stock market certainly seems to show that. People are making a killing by speculation once again. But what about all those who lost their jobs in the shedding of millions of jobs that’s taken place in the last few years or all those who lost their homes (often the same people) or those who’ve had to take medical bankruptcies (again, in the millions)? What about the people whose food stamps have been cut or those whose Meals on Wheels won’t be there to help give them at least one real meal a day, all thanks to Congress’s decisions against the poor? What about the people who are not on Wall Street or giving millions to Congress? What’s the economy like for these people?

I live on the “wrong” side of Troost Avenue in Kansas City, the poor side, the dark side, of this street that divides this city, racially and socioeconomically. The people in my neighborhood and the neighborhoods around us were suffering severely for at least three years before the economic crisis hit the stock market and was finally declared. It seems we only worry about the economy when it adversely affects the well-off. What does that say about us as a country?

I remember the riots of the 1960s. More people would do well to remember them. If you’re not old enough or weren’t aware enough when they occurred, Google them. And imagine them now, with the gang population in many cities much larger than it was then, with automatic weapons in the hands of much of the population. There is frustration, hopelessness, and anger of that immensity that is building in this country right now.

The riots of the 1960s were a wake-up call for the United States. As a country, we set up programs to deal with the poverty and hopelessness and racism that brought them about—programs that brought more people of color and people from poor backgrounds into the middle class than ever before, programs that brought medical care, nutritional care, education, job training and many other good things to what were essentially bad places to live one’s life. 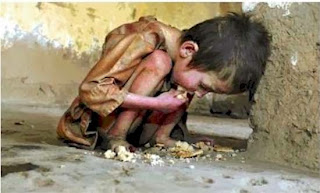 In recent years, we’ve been dismantling the structure of safety-net services and programs that we set up after those riots. Things have been peaceful through the decades of greed. No one’s been pitching bottles or breaking windows. So we take—and take and take—from the poor and the working class and, now, even the middle class and give it all to the wealthy and the corporations. We don’t listen when people protest. The country turns its back.

My husband once knew someone who was writing a thesis called “Violence Works.” The point being exactly what a British rioter told an MSNBC reporter back after the London riots of 2011. He pointed out that the press wouldn’t be there if they weren’t being violent, that a few months earlier thousands had marched peacefully to protest, and the media had totally ignored them. If you look at the U.S.’s history, you’ll see plenty of proof of that, as well. Basically, it is when people can’t take it any longer and erupt in violence that we, as a country, wake up and do something to improve the situation. Most of our social improvements have followed that chain of events.

When we wipe out program after program designed to help people pull themselves and their families out of poverty, we are playing with fire. When we ignore the damage the economy sustains from short-sighted greed until the damage spreads to the wealthy—and then provide bailouts only to the powerful—we say something about what kind of country we are and what we value. Maybe it’s time we took a look at what we truly value versus what we say we value. What kind of a country do we want to be? We are creating the future now.

As we sit at our Thanksgiving feasts, I hope we’ll all spare some thought for those who have no Thanksgiving feasts. Give to your local food banks. Volunteer to help. And give some thought to what kind of country we are becoming. If you don’t like the greedy, callous picture that conjures, give some serious thought to how we can change it without waiting for violence to force our hand.

Stacy, since Blogger won't let me comment on my own blogs (*rolls eyes and throws up hands in despair*), I have to edit the blog itself to respond. You are so right that hunger is rampant, and it is within our power to end it, certainly within this country. Instead our elected government seems dedicated to pushing more and more people out of the "just barely making it" category and into the "everyone goes to bed hungry" category. We did great work toward ending hunger and vastly decreasing poverty in this country over forty years ago, work that we've been dismantling for the past decade. That's not the direction we should be going.

Reine, the campus riots were more antiwar demonstrations and not real riots, as you noticed. The inner-city riots were something else entirely and quite frightening for a time when few people actually had guns and organized gangs were not as large a problem. But in today's America with its proliferation of powerful guns and gangs, I doubt if the damage would be confined to the inner city as it was in the 60s. Today, I think the suburbs would find the violence and fury spilling over into their quiet streets. As Langston Hughes noted in his great poem, "Harlem," a dream of a better life can only be deferred for so long before it explodes.

Reine, the relocation program of the 1950s really worked a number on the Indian nations. So many families relocated to urban areas from the reservations. Just dropped into big cities that were as foreign to them as another country--literally--and left to sink or swim. Lots sank. It's a miracle that any swam, and actually a lot of them managed that eventually. There's a wonderful documentary about it called "Urban Rez," directed by Pourier, produced by Lisa D. Olken, and narrated by Moses Brings Plenty, who runs our Indian Center in Kansas City. It was originally made for PBS and won a regional Emmy, the first Native program to earn that. That's why I write about Skeet as an urban Indian, slowly over the course of the series learning hoe to bring her heritage back into her life where it's been dormant as she learned how to succeed in the white world.
Posted by Linda Rodriguez at 11:21 AM