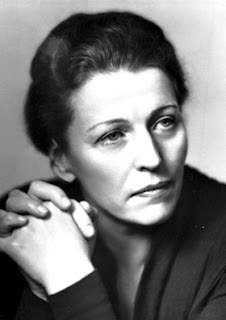 Pearl Buck is one of those once-great and now-forgotten authors who’s getting a new lease on life through the influence of Oprah Winfrey. In late 2004, Winfrey selected Buck’s The Good Earth for Oprah’s Book Club. Simon & Schuster's Washington Square Press printed 750,000 copies of a new trade paperback version of the book. Most of Buck’s novels had fallen out of favor with critics and fallen out of print. The discussion that ensued around this Oprah’s Book Club Selection brought several of Buck’s finest books back into print once more.

I know it’s fashionable in literary circles to criticize Oprah, but I believe she provides America, in general, and literary culture, in particular, a real service in encouraging reading and in bringing recognition to forgotten or overlooked works. Look at what happened to Buck. Even though Buck was the first American woman to receive the Nobel Prize for Literature, her bestselling and award-winning books, such as The Good Earth, Sons, A House Divided, Other Gods, China Sky, Dragon Seed, Pavilion of Women, Peony, The Big Wave, and Imperial Woman,  had mostly been out of print.  The gatekeepers of American literature, professors and critics, had pretty much consigned her books to the ash heap as “not literary enough” and “too popular” until Oprah pointed a spotlight back on her Pulitzer Prize-winning masterpiece, The Good Earth.

This is a recurring problem with modern American literary criticism, which is primarily based in academia. When writers originally considered literary and praised for their work become too popular or—heaven forbid!—make too much money from their books, they are soon scorned and relegated to the cultural ash heap of “not literary enough” and “too popular.” If they start out popular and sell well, those works may never even be considered literary—because how can they be if they’re so popular, right? In large part, this derives from a literary culture which has moved mostly to the university and where established writers and critics have their bills paid by other means than their writing. Another whole blog post right there! And in that category of another blog post to come, why is that male novelists can write one or two strong books and be forgiven for weak, meandering work after that for the sake of those powerful books, but too often women writers can write a number of strong books, yet if they should have even one weaker, less well-crafted book, all their work must then be dismissed?

Buck was a remarkable writer and remarkable person, who as a missionary’s child in China found in her backyard the mutilated remains of infant daughters abandoned to die and made them graves, as a teen volunteered to teach ex-brothel workers and sex slaves, as an adult novelist was accused in the U.S. of being a Communist while Maoist China accused her of being an imperialist. She thought, even as an adult in America, in Chinese first. English was always her second language. Even in her writing, she thought in Chinese and translated onto the page into simple, lucid, and powerful English. She worked tirelessly to improve the lot of minorities, women, and children, especially those with disabilities, in America and China. And wrote many books and shorter pieces, some weak and some extremely powerful. At the end of her long life, in thrall to a con man, she degenerated in a sad way from the person she had been for most of her life. 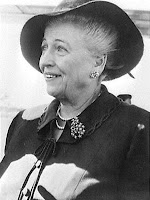 Buck always had the reader in mind when she wrote rather than the critics, so it may be a given that the critics would turn their backs on her. I love what Buck said in her Nobel acceptance speech. She pointed out that, in China, "the novelist did not have the task of creating art but of speaking to the people." “Like the Chinese novelist,” she said, "I have been taught to want to write for these people. If they are reading their magazines by the million, then I want my stories there rather than in magazines read only by a few.” Perhaps this is why her stories of people’s lives, especially women’s, are so enthralling. I know they have helped me through times of great physical and emotional pain.

Do you have authors whom you have loved and who have meant a lot to you who have fallen into disrepute or completely disappeared?

Posted by Linda Rodriguez at 12:18 PM