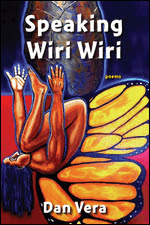 Speaking Wiri Wiri is the inaugural winner of the Letras Latinas/Red Hen Book Prize and a delight of memory, language, and place. Dan Vera was born of Cuban parents in South Texas and grew up surrounded by Mexican-American culture within the greater European-American culture. He writes eloquently of that sense of displacement within displacement, and it’s no accident that the first three sections of Speaking Wiri Wiri are “The Trouble With Language,” “The Trouble With Borders,” and “The Trouble With Memory,” nor that the title of the book itself refers to a phrase his father invented to indicate speech that was incomprehensible to his Cuban ear and mind.

Above all, Vera’s work is drenched in sense of place, a sense of history and of lives and stories that Neruda refers to when he writes that the poet should “speak, not of self, but of geography.” Not surprisingly, Vera is an editor and literary historian, as well as a poet. One of his great projects is the DC Writers’ Homes website, where he finds, researches, and directs readers to these inspirational sites of literary history.

Histories play a large role in Speaking Wiri Wiri, the forgotten histories of the Cuban women who melted down their wedding rings and jewelry to help finance arms, ammunition, and other desperately needed supplies for the U.S. Revolutionary War, of the Spaniard who raised a half a million dollars in silver to fund the final U.S. victory at Yorktown, of the sociopathic Che Guevara behind the handsome figure on the T-shirts, of the Cuban-American Friendship Urn that commemorates the partnership of the Spanish-American War, now hidden under an overpass in Washington, of the real story behind movie star Carmen Miranda, and of the Mayan, Aztec, and Toltec views of the divine power of garlic.

The slippery nature of language and Vera’s own displacement within it is a major theme throughout the book. In poems such as “Small Shame Blues,” he mourns his own estrangement from the full fluency with Spanish that he had as a child with Spanish spoken in the home. In “Playing Scrabble with Cousin Fela,” he points out the charms of Spanglish, which the game of Scrabble does not allow. In the delightful “Tower of Babel,” he tells a slapstick story of miscommunication when his father, wanting “change” for a five-dollar bill—“menudo” in Cuban Spanish—collides with a Mexican-American shopkeeper for whom “menudo” in Mexican Spanish is “tripe soup.”

As Vera considers borders in this book, he examines the shifting borders within us all, the linguistic remains of earlier borders within place names, the natural drift that sends plants, animals, insects, and people across artificial political borders, and the fear of the Other that leads to our attempts to seal our borders even as that Other has lived peacefully and legally within those borders for many generations, “Mr. Guzman Makes a Fool of Himself” and “The Constant Agitation Over What Belongs.”

Full of longing and bittersweet humor, these poems are lyrical, narrative, poignant, and always powerful. In his own search for who and what he really is, Vera has given us a true portrait of the confused and often contradictory place that is modern America. 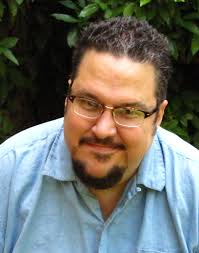 Speaking Wiri Wiri can be purchased at bookstores and all online outlets, as well as at the fine small press that published it HERE. Learn more about Dan Vera at his website HERE. This is another great book and author brought to us at least partially through the amazing efforts of Letras Latinas, an organization that works tirelessly to promote Latino letters and writers. Learn more about Letras Latinas HERE.

"Books of Interest by Writers of Color" is a series I offer as a resource to learn about the many fine writers of color who are being published today, mostly by the small literary presses who are the heroes of publishing. As I prepared for the launch of my own recent fifth book, Every Broken Trust, I haven't made entries in this series or my other, "Literary Mystery Novelists," but I hope to rectify that in coming weeks. I have towering stacks of books I want to tell you about. Have a lovely weekend!

Posted by Linda Rodriguez at 10:19 AM