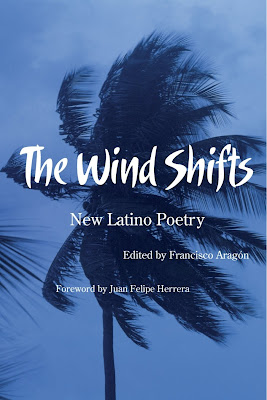 The Wind Shifts: New Latino Poetry () is the 2008 winner of the International Latino Book Award in Poetry. Reviewers have loved it. In fact, Booklist referred to it in a review as “a ravishing collection of poems,” and the El Paso Times described the book as a “compelling and exhilarating addition to Latino letters.” The anthology of new Latino poets is so highly regarded nationally that the Ford Foundation, JP Morgan Chase, the Andy Warhol Foundation for the Visual Arts and Southwest Airlines joined with the National Association of Latino Arts and Culture to send the editor and key contributors on a successful national reading tour. The Latino Writers Collective now brings The Wind Shifts tour to Kansas City with editor, Francisco Aragón, and two contributors, Brenda Cardenas and John Olivares Espinoza, who will read their work at the Central Library, 14 W. 10th, on Wednesday, September 23, at 6:30 p.m. The evening will include a reception and booksigning. RSVP at http://www.kclibrary.org/event/cuarta-pagina. 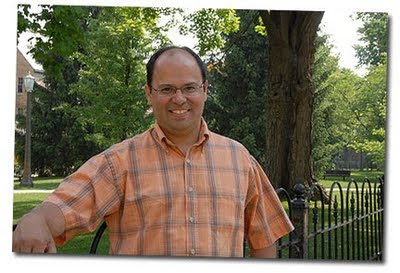 Aragón is the author of Puerta del Sol (Bilingual Press, 2005) and the forthcoming Glow of Our Sweat (Scapegoat Press, 2010). His work has appeared in various anthologies, including, Inventions of Farewell: A Book of Elegies (W.W. Norton & Company), American Diaspora: Poetry of Displacement (University of Iowa Press), Evensong: Contemporary American Poets on Spirituality (Bottom Dog Press) and, Deep Travel: Contemporary American Poets Abroad (Ninebark Press). He directs Letras Latinas, the literary program of the Institute for Latino Studies (ILS) at the University of Notre Dame where he edits Latino Poetry Review. He also edits Canto Cosas, a book series out of Bilingual Press for Latino and poets. He serves on the boards of the Guild Complex in , as well the Association of Writers & Writing Programs (AWP). Aragón holds degrees in Spanish from the of at and , and an MA in English and an MFA in creative writing from the at Davis and the University of Notre Dame, respectively. He lives in , and works out of the ILS’ office in 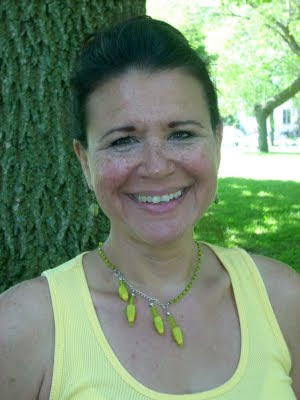 ' first full-length book of poetry, Boomerang, will be published by Bilingual Press in the fall of 2009. She also has a chapbook of poems, From the Tongue of Brick and Stone (Momotombo Press, 2005). She is co-editor of Between the Heart and the Land: Latina Poets in the Midwest (MARCH/Abrazo Press) and has twice received Illinois Arts Council finalist awards in Poetry. Cardenas ' poems have appeared in U.S. Latino Literature Today, Poetic Voices Without Borders, Bum Rush the Page: A Def Poetry Jam, RATTLE: Poetry for the 21st Century, Prairie Schooner, and others. With Sonido Ink(quieto), a spoken word and music ensemble, she released the CD, Chicano, Illnoize: The Sessions (DeSPICable Records, 2001). 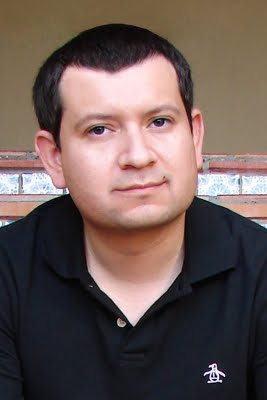 Olivares Espinoza is the author of The Date Fruit Elegies (2008), the inaugural collection in Bilingual Press/Revista Bilingüe’s new poetry series, Canto Cosas. In 2009, The Date Fruit Elegies was a finalist for the Northern California Book Award in poetry. Espinoza was born and raised in to Mexican parents. He holds degrees in creative writing from the , Riverside (B.A.) and Arizona State University (M.F.A), where he spent time writing about his experience working as a gardener with his brothers and father in the nearby resorts. John and his wife live in , , where he teaches at the .

Posted by Linda Rodriguez at 5:09 PM