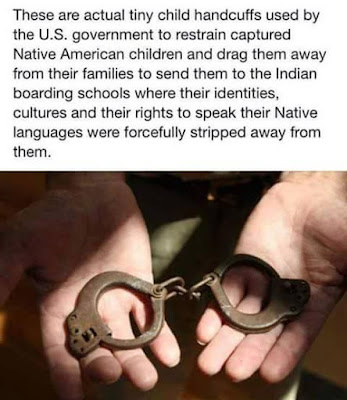 In the past month, a troubling situation has played out in the national news.
http://indiancountrytodaymedianetwork.com/2015/09/06/history-professor-denies-native-genocide-native-student-disagrees-gets-expelled-course

In a history class on the California State University at Sacramento campus, Chiitaanibah Johnson, a Native undergraduate (Maidu and Diné) , challenged her adjunct professor, Maury Wiseman, when he said: “I don’t like to use the term ‘genocide’ because ‘genocide’ is something that is done on purpose, but needless to say European diseases primarily, European diseases primarily [sic], will wipe out Native American populations in the two continents and hence one of the reasons why later in history many Europeans will imagine that these continents were empty.” [This quote is one Wiseman gave to the media, claiming it came from an audiotape of his class.]

Johnson researched the subject for two days and returned to class to present evidence that what Wiseman had said was not accurate. Wiseman grew angry, accused her of high-jacking his class and of trying to make him look racist and bigoted, told her she was “dis-enrolled” from the class and not to return, and dismissed the class midway through. Johnson filed a complaint with the university administration, and the story hit national media.

After a month-long investigation, President Robert Nelsen found no fault on either side and closed the case, encouraging the campus community to continue discussion about the issues involved. The university will also offer a new genocide studies minor (to be located in the Ethnic Studies Department rather than the History Department) and offer cultural sensitivity and classroom management training in faculty orientations. https://www.insidehighered.com/news/2015/10/09/sacramento-state-ends-investigation-disagreement-over-what-professor-said-about

This idea that there was no Native genocide because disease alone killed all the Indigenous peoples on the continent, leaving it conveniently vacant for Europeans is a race-based “intuitive” theory from the 1970s that has been refuted since the end of the 20th century by scholars actually working with primary documents and other evidence. The “virgin soil thesis,” based on the belief that Natives’ lack of immunities and their inept healers were responsible for their downfall, was propounded by Alfred Crosby in 1976. This theory was quite popular for a time early in the last half of the 20th century because it placed all the responsibility for the massive death counts among Indigenous peoples after European arrival on the Indigenous people themselves because they were genetically weak, lacking in acquired immunity, and lacking in competent medical care, rather than on the violence waged against them by Europeans from the very beginning of contact and continuing into the early 20th century.

As David S. Jones points out in “Virgin Soils Revisited” in The William and Mary Quarterly (October 2003), “Perhaps the idea that Indian depopulation can be explained by the Indians' lack of immunity took hold because it served an ideological purpose. White physicians in South Africa, for instance, used virgin soil theory to explain the prevalence of tuberculosis among African mine workers. … theories of immunological determinism can still assuage Euroamerican guilt over American Indian depopulation, whether in the conscious motives of historians or in the semiconscious desires of their readers. … the epidemics among American Indians, despite their unusual severity, were caused by the same forces of poverty, social stress, and environmental vulnerability that cause epidemics in all other times and places.”

David Stannard argued in American Holocaust: Columbus and the Conquest of the New World (New York, 1992) that "by focusing almost entirely on disease, by displacing responsibility for the mass killing onto an army of invading microbes, contemporary authors increasingly have created the impression that the eradication of those tens of millions of people was inadvertent."

Paul Kelton, author of Cherokee Medicine, Colonial Germs: An Indigenous Nation’s Fight Against Smallpox, 1518-1824 (University of Oklahoma Press, 2015) and "Avoiding the Smallpox Spirits: Colonial Epidemics and Southeastern Indian Survival," Ethnohistory, 50 (Fall 2003), is yet another of the many scholars who have gone to actual primary documents and other evidence to examine this thesis as it pertained to the Cherokee Nation and found that many epidemics were not as severe as had been claimed or assumed and that the Cherokee healers and spiritual beliefs were as effective as the primitive medicines of the Europeans in dealing with smallpox. He also discusses the part that the overwhelming violence—the bitter wars that decimated population, the actions of the white settler armies in destroying towns, homes, farms, and stored harvests in an attempt to starve the Cherokee, the forced surrender of huge swathes of territory necessary for a hunting-gathering existence—played in rendering the surviving remnant of Cherokees susceptible to smallpox and other illnesses.

As far as the idea that the Europeans thought the continents were empty, there is such abundance of evidence of the contrary that the idea that Wiseman would put that forth as fact in a university classroom is ludicrous. The history of the United States is filled with statesmen lamenting the fact that American Indians own the land they want and with their plans and chicanery to force them to sell or give it or to just force them off the land. That relentless push westward that came to be called Manifest Destiny in the 1840s continued from the first landings of Europeans on the Atlantic Seaboard through the war with Tecumseh, the Indian Removal Act and many Trails of Tears (killing tens of thousands—one would think that alone would qualify for designation as ethnic cleansing or genocide), to the Indian Wars of the 19th century, while in California, the Spanish mission system devastated the Native population, and when the Americans took over, they offered official government bounties on Indian heads.  Not exactly the acts of people who thought the continent was vacant.

As far as Wiseman’s statement that the destruction of the native population could not be genocide because it was not “on purpose,” I offer a tiny sampling of the quotations from speeches, letters, newspaper articles, and other documents to be easily found in a search through American history. The researcher will easily find many, many more quotations from Franklin, Jefferson, Monroe, Theodore Roosevelt, Lincoln, and many other Founding Fathers and presidents, as well as governors and other civic leaders, all speaking of the need to wipe out the Indigenous population of the continent.

“The only good Indians I ever saw were dead.” – General Phil Sheridan

“Damn any man who sympathizes with Indians. I have come to kill Indians, and believe it is right and honorable to use any means under god’s heaven to kill Indians! Scalps are what we are after… I long to be wading in gore!” – Rev. John M. Chivington, co-founder of the University of Denver and leader of the Sand Creek Massacre

"Civilization or death to all American savages." – Major James Norris

“Discovery gave an exclusive right to extinguish the Indian title of occupancy, either by purchase or by conquest.” – Chief Justice John Marshall

“The immediate objectives are the total destruction and devastation of their settlements and the capture of as many prisoners of every age and sex as possible. It will be essential to ruin their crops in the ground and prevent their planting more.” – General George Washington, orders to troops, 1779 [Those captured prisoners of every age and sex were then sold as slaves to the West Indies.]

For a school that believes in “rigorous academic research,” according to Nelsen, there seems not to have been much rigor behind Wiseman’s preparation to teach this class. I would hope that, any time a professor is teaching something that is simply not factually true, a student would do research and challenge that mistake or falsehood.

So, of course, as a country, we don’t look at it openly—and when someone forces us to face it, we cry, “Not true! Get over it! Victim studies! PC,” anything we can to make the awful truth go away and be buried once again. Still, it happened, and the results of it remain with us, especially imbedded in Native communities and lives. American popular culture is still in the grip of Manifest Destiny and “the only good Indian is a dead Indian” with the enshrinement of the Hollywood Western as one of our great art forms. I would have hoped for better from academia, however, where the truth is supposed to have value above belief in American exceptionalism.

This situation is a perfect example of why we need ethnic studies classes—and why they should be part of the required core of classes and not electives that only a few students will take. Our citizens need to know our history, to know what we’ve done as a country, to know how we got here today, to know the truth and not the photoshopped Hollywood version of who we really are. Without that knowledge, we will continue to make the same mistakes, doomed to repeat the past we choose not to know.
Posted by Linda Rodriguez at 4:13 PM 3 comments: