A Facebook post by a friend left me remembering these former pets fondly and turning to a post I wrote last year on The Stiletto Gang blog about them. I thought I'd share it again here on my home blog. 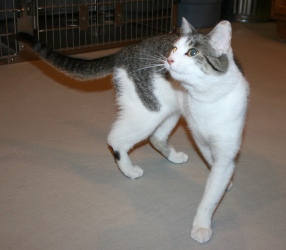 Tragedy brought me Bonnie, a 13-year-old cat who was as tiny as a kitten, first. Her owner was my almost-brother. Steve was my little brother’s best friend. They’d lived with my husband and me briefly, and when they moved out, they rented a house just a few blocks away and continued to eat supper at our house every night. Once my brother married and moved out of town, Steve kept coming to our house for holidays or any time he needed family support. Steve was a shy geek with a warm heart. One day, someone tied a litter of five kittens in a plastic bag and dumped them in the middle of the street to be run over. Steve found them, took them to the vet, and spayed and neutered them. Thirteen years later early on a Sunday morning, Steve was killed by a hit-and-run driver, leaving five old cats in his house waiting for him to come home.

His friends gathered and parceled out the cats among us. I already had two elderly cats and a young one, all rescues, at home, but when no one would step forward for Bonnie, the runt of the litter, I took her. Within a week, several of the littermates turned out to have liver cancer and had to be put to sleep. Over the course of the next year, this happened to all of them, except tiny Bonnie.

From the first, Bonnie hid. One of her favorite places was behind the refrigerator. She had a bell on her collar, and once the lights were out and we were in bed, we would hear her venturing forth. It took me so long to get her to venture forth voluntarily and sit on my lap to be petted, but once there, she decided that was where she always wanted to be. If I were doing some chore around the house and not paying attention to her, she would wind around my legs, scolding me. 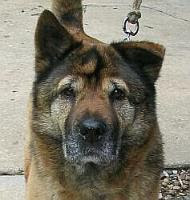 Shortly after we took Bonnie into our home, we ended up rescuing a beautiful seven-year-old Shar Pei/Husky mix. We took Mina on what would have been the last day of her life otherwise. When we brought her into our house, all the cats fled, except Bonnie. I was set to try to gradually introduce them to each other when Bonnie walked straight up to Mina, who was giant in comparison, and touched noses. From that second, they were the best of friends, never apart.

Bonnie was the dominant member of the pair, though. She would go nibble a few pieces of Mina’s dog kibble, and Mina was then allowed to eat some of Bonnie’s food. They made a point to drink out of each other’s water bowls also. At night, Mina would curl into a circle, and Bonnie would curl up within its center. Mina showed affection by licking Bonnie as if she were a puppy, and Bonnie tolerated it. Mina would bark at suspicious noises at night, and Bonnie would stand behind her, mimicking her stiff-legged posture and give the best imitations of a bark you ever heard from a cat.

Then, Bonnie started eating less and having bouts of loud crying that could only be assuaged by my holding her and petting or by Mina licking her. When I took her to the vet, the word was that the deadly liver cancer had finally hit this last living member of that five-cat litter. We think she held the cancer at bay for those almost four years by sheer strength of personality. She was finally somewhere where she wasn’t the bullied runt—and we’d even found her a giant pet! She wasn’t about to die when things were finally going so well for her.

Unfortunately, there wasn’t much to be done. As she got sicker, she cried more. Until Mina would wash Bonnie with her big tongue, leaving her looking like a little drowned rat. But she was always at peace and purring when Mina licked her or I held her. The vet said we’d know when to bring her in one last time, and that point became clear one day. We packed her carry-crate with lots of blankets and soft fabric because she was so bony by then. Mina was licking her one last time. At the vet’s, Bonnie lay in my lap, purring, as she slipped away peacefully.

Mina was disconsolate for months and then rallied to remain our wonderful friend for five more years before she left us the same way. We laugh when we think of the surprise and joy those two friends must have felt when their spirits encountered each other again. It’s a comfort to think of them curled around each other at night as they were for so many nights in our house—a true bonded pair.

Losing a Great Warrior for Writers 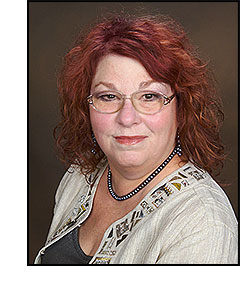 She was one of the founders of Writer Beware, a site I constantly recommend to writers. Sponsored by Science Fiction Writers of America (SFWA) and Mystery Writers of America (MWA), Crispin, Victoria Strauss, and Richard C. White have worked long and hard building a site and service that researches and identifies scammers and fly-by-night agents, editors, publishers, and publicists that rip off or exploit authors and aspiring writers. Writer Beware tries to find ways to fix problems with these exploiters  for authors where they can. They also do a great job of educating writers about what are unprofessional, shady, and often illegal business practices and what are the model professional practices of reputable agents, editors, publishers, and publicists. And they do it all without pay or even accepting donations. 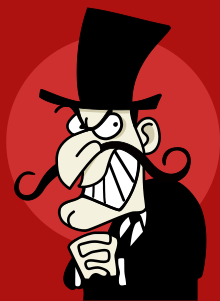 I strongly and forcefully recommend Writer Beware to all of my students and have been known to do this quite passionately on this blog, as well. Writer Beware is a true necessity for emerging writers who don’t really know or understand the business of publishing yet. These are the most vulnerable writers, and Writer Beware has been their bodyguard on the publishing battlefield.

I think it’s a tremendous service to the literary community that Crispin and her colleagues have provided over the years. I have used it and avoided years of heartache. I have helped friends use it and seen firsthand how easily even a bright, well-educated person can fall into trouble when unscrupulous people are willing to deceive and tell outright lies publicly. These friends are all big supporters of Writer Beware now, too.

Last year, one book promotion agency put up a great-looking website with testimonials from major writers and their photos with the quotes about how well this business had worked for them. It looked totally legitimate. The only problem was that those writers had never heard of the business, never used it, never said or wrote those testimonials, and never given permission to have their names and photos used. It was all a total lie. It might have taken in anyone. Writer Beware did the research and contacted authors with listed testimonials (because they’ve seen a lot of scammers and know how brazen they can sometimes be). That blew the lid off that one—and kept people from paying thousands of hard-earned dollars to thieves and fraudsters.

While Crispin lay near death, some of the bad guys she’d defended writers against, who in the past have settled for posting lots of outright lies about Writer Beware, were having a ghoulish celebratory party on Twitter. (Thanks to Jim C. Hines for this screen capture.) 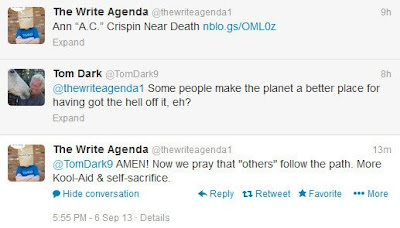 Strauss posted this the morning Crispin died: “Ann Crispin, best-selling author, Writer Beware co-founder, fearless fighter in the scam wars, beloved wife and mother, my friend, died this morning after a two-year struggle with cancer. I'll write a memorial for her later on--right now, I don't have the words. In the meantime, Tor.com has posted an obituary.

Ann's death is a huge blow, personally and professionally. But to all you writers, readers, and subscribers (and scammers): know that Writer Beware will NOT be going dark, slowing down, or otherwise pausing in its work. We're here for the long haul. Please honor Ann's memory, and her work, by reading her books and spreading the word about Writer Beware.”

Strauss had intended to let the Writer Beware blog rest for a week as they dealt with their grief at losing a good friend and staunch comrade, but when she learned of the Twitter trolls shown above, she got right back to work as the best way to honor Crispin’s memory. http://accrispin.blogspot.com/

When we writers die, about the best we can ask of our lives is that we wrote some good books and that we made the world slightly better in some way for someone. Ann Crispin wrote good books, and she labored long and hard to make the world a better and safer place for other writers. We’ve lost a true warrior who fought long and hard for every one of us.  She deserves great honor throughout the community of writers everywhere.